Jake Hager: “I didn’t think I kneed him at all” 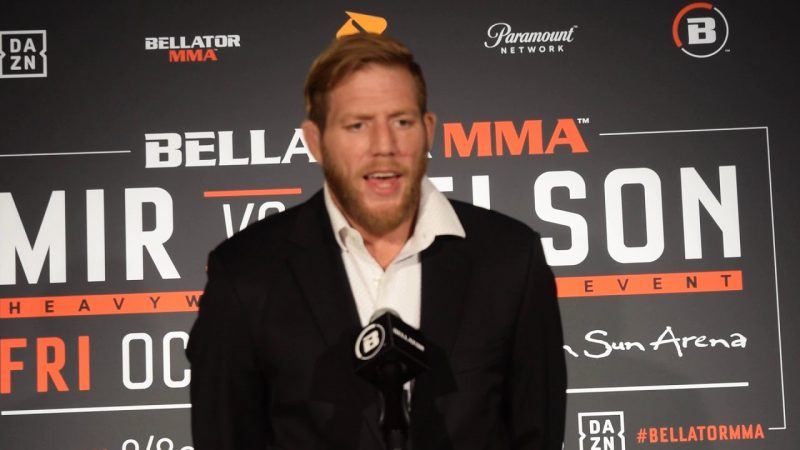 Jake Hager’s fight at Bellator 231 against Anthony Garrett was ruled a no-contest after Hager hit an illegal knee to the groin. In an interview with MMA Fighting, Jake Hager denied actually hitting any kind of a groin shot. Here are highlights:

On how the fight ended: “I’m obviously disappointed with the finish tonight, I didn’t think I kneed him at all. We all have cups out there, I didn’t feel a cup. You can watch it back, I saw his leg lift up from the knee. But I can’t control that it’s something I have to move on from, like I said I’m here to fight and I just don’t think he was tonight.”

On if he wants a rematch: “Is it something I’d be interested in running back? I don’t know, he didn’t seem like he wanted to fight tonight, so what’s going to change next time? Is he really going to want to fight fight next time? I mean, I’m a competitor, I’m a fighter, and I’m doing so much right now trying to get myself better, and for him to do something like that, whatever.”

On how the fight would have ended before the no contest: I felt like it was going to come to an end soon,” Hager said. “He was a strong guy, I had him up against the cage, he was clinching on to me trying to avoid the wrestling – which is smart – but I feel like I was leaps and bounds ahead of him. “It would’ve been only a matter of time before something landed and dropped him. I mean look, my whole strategy tonight was to put myself in an uncomfortable position and gain that valuable cage experience on my feet and I got that. I got good time on my feet, unfortunately he just didn’t want to fight anymore.”

On his return: “Not right now, but sooner or latter I’m going to get in there. I feel like after these three fights in one year I’ve proven that I belong here as a heavyweight and I’m not playing games and I’m just going to keep getting better, that’s all I can focus on.”