CM Punk merchandise on ProWrestlingTees gone apart from one item 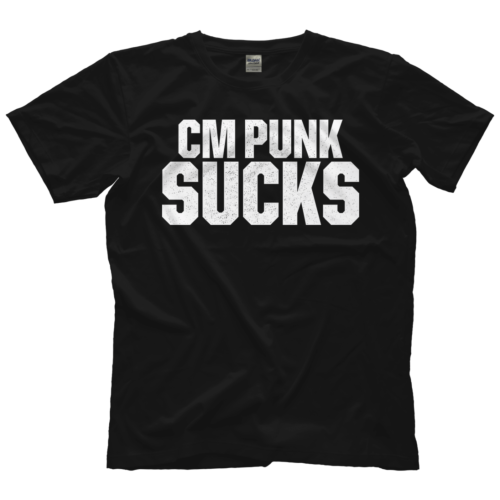 CM Punk, who was one of the best sellers on ProWrestlingTees.com, had all his t-shirts removed from the site apart from one shirt, fueling more rumors that he is joining the WWE Backstage show on FS1.

His only t-shirt remaining now reads “CM Punk sucks” and it’s selling for $19.99. Punk had a total of 37 t-shirt designs on ProWrestlingTees with the headline of his store reading, “Exclusive and Official Merchandise Store of former pro wrestler CM Punk. Now you can buy never before seen apparel from the Straight Edge superstar.” The headline now reads, “He once crashed the ProWrestlingTees.com website. Stop chanting his name at live events. CM Punk sucks now.”

Punk had a tryout to be part of the WWE Backstage studio show on FS1 a couple of weeks ago and did his screen test in front of host Renee Young. Since then, Punk has openly talked about auditioning for the show and said that he’d be up for it if he gets the gig.