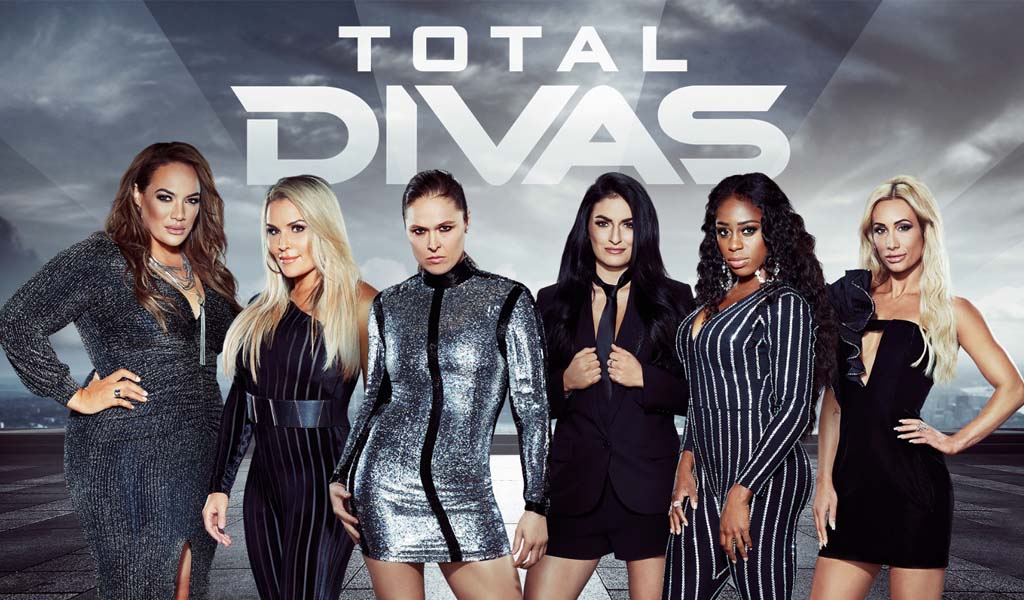 Total Divas returns tonight on E! with its ninth season featuring several changes in the cast.

The new cast sees Natalya, Naomi, Nia Jax, Carmella, Sonya Deville, and Ronda Rousey. Out of the six Superstars, only Natalya has participated in every season while Sonya Deville and Ronda Rousey are brand new cast members. Naomi, Jax, and Carmella all appeared in different previous seasons. Nikki and Brie Bella will also be appearing throughout the season but have scaled down their involvement on the show due to their own Total Bellas reality show.

Season nine of Total Divas will see Ronda Rousey enjoying her time in WWE and working on her ranch, Natalya mourning the death of her father Jim Neidhart and working towards the Royal Rumble, Nia’s troubles after winning the battle royal at Evolution, Sonya’s move to Tampa, Carmella recovering from her break-up and balancing friendships and new relationships, and Naomi traveling on the road with her friends.