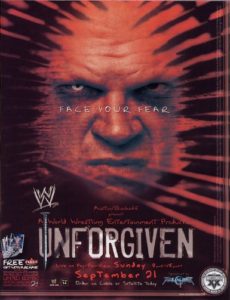 1979 – Tiger Jeet Singh defeats Seiji Sakaguchi, to win the NWF North American Championship.  Singh holds the title for 608 consecutive days, before the title is abandoned in May 1981.

1989 – In Cincinnati, ‘Macho Man’ Randy Savage makes an appearance at that evening’s Reds game and is invited into the broadcast booth by radio announcer Marty Brennaman.  Reds owner Marge Schott demands that Macho Man be taken off the air and even threatens Brennaman’s job if he doesn’t comply.  Macho Man (real name Randy Poffo) was a former Reds minor league player in the 1970s.

Not amused, Marge Schott tried to kick Savage out of the booth and at first, Marty Brennaman refused. #tbt #ThanksMarty pic.twitter.com/gbNThv9SLh

1994 – After just over 3 years of operations, the Global Wrestling Federation closed down.  The group, which had a television show on ESPN, had attempted to fill the wrestling void left when Fritz Von Erich left the wrestling business, and Jerry Jarrett had stopped promoting in Texas.  This would pretty much mark the end of any Dallas-based company as a national force on the wrestling scene.  The company is credited for helping to launch the careers of The Patriot, Jerry Lynn, and The Lightning Kid (Sean Waltman).

1998 – Masahiro Chono vacates the IWGP Heavyweight Championship due to a severe neck injury.

2019 – The WWE 24/7 Championship changes hands twice at a live event in Shanghai, China.  EC3 pins R-Truth in the ring, to become a 3-time champion.  Truth later pins EC3 in the ring, to win the title for the 18th time.

Today would have been 78th the birthday for WWE Hall of Famer Jack Brisco.