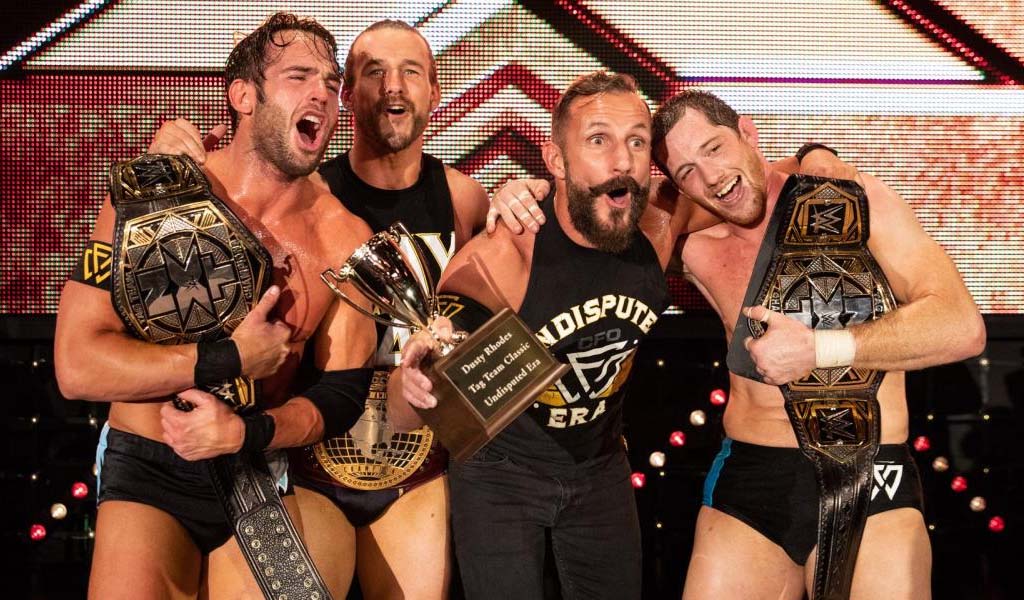 Now, all four members of the faction – Adam Cole, Bobby Fish, Kylie O’Reilly, and Strong – are in possession of all the men’s titles in the brand. Cole is the NXT champion while Fish and O’Reilly are the Tag Team champions.

Cole won the NXT title at TakeOver: XXV back in June after he defeated Johnny Gargano and Fish and O’Reilly won the Tag Team titles a couple of weeks ago on NXT TV after they overcame The Street Profits.

This is Strong’s first singles title in NXT.