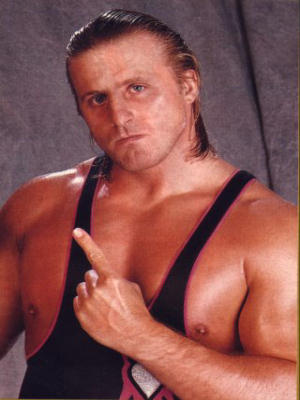 On the latest Grilling JR, Jim Ross discussed Owen Hart nearly making the move to WCW in 1990 and how it didn’t pan out. Below are some highlights.

Jim Ross on the talk of Owen Hart nearly making the jump in 1990: “Well, I was on the committee, so I can tell you that there were a few of us — let me put it this way, everyone on the committee that was familiar with Owen’s work, and there weren’t many that were, a lot of the guys — they knew who he was. They all knew Stu [Hart] for goodness sake. He was a legend. A lot of the guys had worked at Stu’s territory, probably saw Owen when he was small. Guys like Brian Pillman trained there in Calgary, got his start in Calgary. I don’t think he was Bruce Hart’s tag team partner, but he certainly saw Owen plenty of times in that territory. So, we all knew that Owen was nothing short of fabulous. He was really, really amazing. And I thought he would’ve been a great champion. There was a lot of things he could’ve done for us.”

On why it didn’t work out: “But he had mixed feelings about WWF at the time. That was the perceived big dog like they are now, and Bret [Hart] was there. So, WWE probably gave Owen the opportunities that were probably overdue. But man, you can’t let a talent like Owen Hart get away, and I don’t think we put enough emphasis on getting him signed to be honest with you. And then, he had to postpone his start date. We all believed that that was basically to tell us he’s weighing the offers right now. And we weren’t so sure we could win that.”