Teal Piper on Rousey: “I think it is really cool that she wanted to honor and pay such a tribute to my dad” 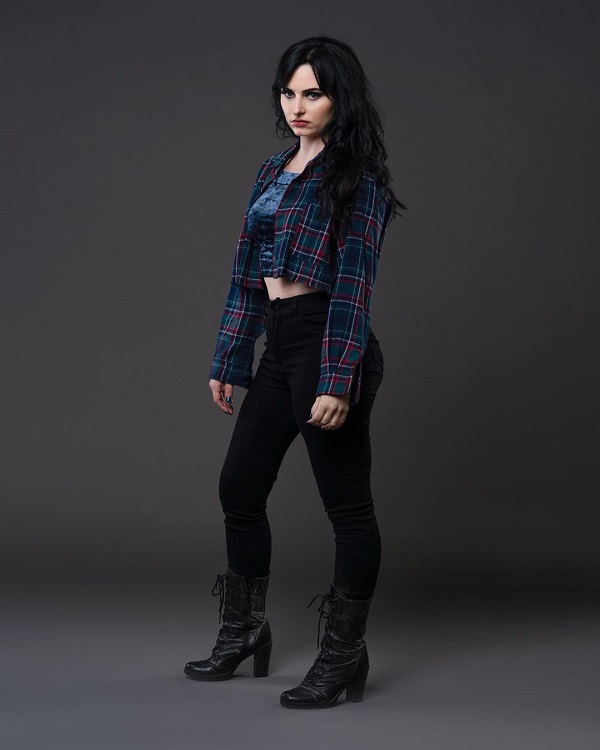 Story time, kids. I never interviewed “Rowdy” Roddy Piper though I did speak to him a number of times. He admitted that he was difficult to pin down because of his ADD to sit on the phone for a long period of time. We did, at long last, record something together briefly and one of his children, and they were children, got injured just as we were getting going. I never aired that clip though I believe I still have it on audio cassette somewhere in the house. He said we would reschedule and there were talks of it but I, due to college and life getting in the way, didn’t press the issue very hard. In the end, he is the one that really got away. Yet, I still pay tribute to him in our offices here at the Wrestling Epicenter with a box frame that features a signed copy of his “In the Pit with Piper” autobiography that I got from him back in 2003 when we were trying to make it happen which is in the same frame as an LJN action figure from the ’80’s of his and a copy of the very tasteful WWE memorial magazine they put out on his life shortly after his passing. Remembering what made me a fan is what keeps me a fan going forward and that fact will absolutely never be lost on me.

That said, much like I interviewed Bruno Sammartino and David Sammartino, Tully Blanchard and Magnum TA and then Tessa Blanchard… Ric Flair and then David Flair… Barry and then Dakota Darsow… I am proud to be doing this long enough to now have on “Rowdy” Roddy Piper’s daughter Teal Piper who is getting in the wrestling business. Teal worked the AEW All Out Casino Battle Royal last weekend and this weekend, the show she will appear on later in the season debuts on AXS TV. That’s right! WOW Women of Wrestling Superheroes Season 2 debuts on AXS TV on Saturday, September 7th and will have an all day lead in of a slam-a-thon of Season 1. Check your local cable listings for more information!

Teal talks about her roots as a wrestler’s daughter, Ronda Rousey borrowing from her dad, and why now was the right time for her to get into wrestling in this exciting new interview.

To listen, visit www.WrestlingEpicenter.com. Please link back to our site if you choose to use this content. Please do feel free to use the content!

On being a natural performer:
“Wow, I always wanted to perform. Obviously, my father was a big part of that. I really admire how international he was. You can name a town in any country in the world and he knew a good place to get food there or attended a party there. He just knew somebody everywhere and I just thought that was so interesting and that whole lifestyle was so exciting. So, the first thing I do is I move to LA to become an actress and then realize you can never leave LA, like, never. (laughs) But, I can’t remember a time when I didn’t look up to that – Just watching him. He was also a great actor and a great musician – A lot of people don’t know that about him. I had a lot of that influence from an early age. It was that or I wanted to be Indiana Jones but I kind of went the other way on that.”

On Roddy Piper Getting Mad at Her for Being Critical of Women in Wrestling:
“Well, I’m going to guess and say I was about 15 years old when that happened. I just remember it as one of those rare times… I was pretty good as a kid… My parents loved me. I was easy. So, this really stood out to me. It was during a time where women were really an accessory to the men. They had them looking more like porn stars than legitimate respectable athletes. I was at an age when I was really rebellious. I was being more feministic about things. I made a snotty comment, I can’t even remember what I said but he got FURIOUS at me and slammed his hands down on the table and broke it going off about how hard those women work and how they have to work twice as hard as a guy in wrestling and they get paid so little. It was kind of a foot in mouth moment for me. I didn’t realize what the women had gone through and it kind of opened my eyes. Now, it has grown in such a wonderful way and the more I see it develop and women becoming such main event stars, competing right up there with the boys, the more I wanted to be involved with it. This whole movement has really been why I decided that this is the time in my life to join.”

On if finishing his book made her hesitate to get in the wrestling business:
“I think I had hesitation long before the book. In a weird way, I felt more inspired connecting with his life that way. I met people I had only heard about but had never met or talked to on the phone before. In a weird way, it was very spiritual for me, I guess I should say. If anything, it made me more inspired because I knew a lot of the bad stuff about wrestling. I mean, growing up with a dad who was a heel, especially in the ’80’s? I wasn’t blind to the fact that his fans tried to kill him! I mean, even my brother got stabbed in the back by a fan not that long ago and that’s recent. I was well aware of the dirtier side of wrestling. My dad was always on guard. But, I think the book made me see the love that he had for the sport even at an early age that I wasn’t around for and how much passion he had. But, the book inspired me to get into wrestling more than made me afraid to get into it.”

On Ronda Rousey using “Rowdy”:
“I was never a huge MMA fan until she came on the scene and I just fell in love with her. So, I was already on her side when she came into light. I was actually in the room when she was talking to my dad about using the name “Rowdy” back for MMA years ago. As far as knowing her personally, I only really met her at WrestleMania this year. But, I think it is really cool that she wanted to honor and pay such a tribute to my dad and I think it is really cool to see the “Rowdy” name main eventing at WrestleMania but for the first time with women… That was just really neat!”

On Ronda Rousey wearing Roddy’s jacket and if she will do that also:
“I will not be wearing my dad’s gear if that is what you’re wondering. (laughs) I’m very honored that she wanted to wear my dad’s jacket. For me, personally, that is the same jacket that my dad put on me when I was a 5 year old. I have such a sentimental feeling about his stuff that I would feel weird wearing it into the ring. And, more than that, especially as his kid, it is a bit in your face just showing up in his gimmick. I want to be my own person.”

On her own promo styles:
“To be honest, I try not to watch too many promos. Of course, I’ve eseen a lot of stuff that my dad has done and some of the stuff from the older generation. But, as far as newer stuff, I don’t want to be creatively in a box. I feel like sometimes, if you watch something, you try to styleize it that way. I think for me, I’m kind of coming in with more of a character point of view than a lot of newer people and I’m really enjoying that. I’m sort of unleashing my darker side! (laughs) Teal Piper really is all of that. And, the confidence I have on the mic is partly from my dad. But, I also think I have my own technique and I think it comes from not paying too much attention to other people so I don’t become a little copy cat of somebody.”

On if she watches her dad’s content:
“When it comes to my dad’s stuff, I do watch it. It is mostly just nostalgic for me. For instance, the coconut! The coconut promo. When I watch that, I see a lot of my dad’s personal sense of humor. Like in the kitchen making a smoothie… He was a funny guy! Except, he didn’t beat up the coconuts in the end. (laughs) But, I do watch that and I’m not worried about being effected by watching his promos because I grew up watching that and I know how his promos go so if I’m effected, I’m already effected.”

On why she chose to plant her feet with WOW Superheroes:
“A couple of reasons. One is they have women getting equal pay and that is really cool and I want to be a part of that movement. And, another thing that really stood out is when I started training with them, there wasn’t really any pressure to be on WOW. So, I started watching Season 1 of their show and there was this one match and they cut to this little girl in the audience… She had this gasp! She had this look of horror and amazed at what she was watching and I knew I wanted to be a part of that as an older lady having an impact on these little girls. I think it is such a great thing for these girls to look up to and all the women are just awesome talents and I just wanted to be a part of that.”