Buyrate for AEW All Out A Little Lower than Expected 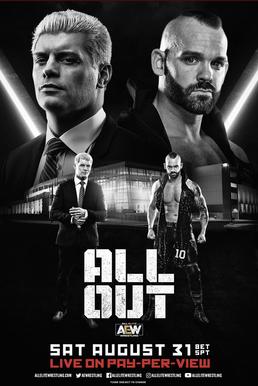 The first buyrate information is in for this past weekend’s AEW All Out PPV. The Wrestling Observer Newsletter reports that the US television PPV numbers look to be around 28,000 buys. That’s below the 35,000 buys that Double or Nothing had at about the same time. That show ended up at a total of 39,000 buys, so an increase of about 11%.

The site reports that streaming was up on BR Live, although it isn’t known exactly by how much. FITE TV worldwide numbers were down, in part perhaps because the TNT hype show pushed B/R live as the way to see the show. It is believed that the show will have about 100,000 total when all is said and done between all platforms — traditional PPV, FITE TV, BR Live. Those numbers are not up from Double or Nothing but suggest there’s some staying power.

The site notes that 46% of those ordering the show on either television PPV and BR Live had ordered Double or Nothing.