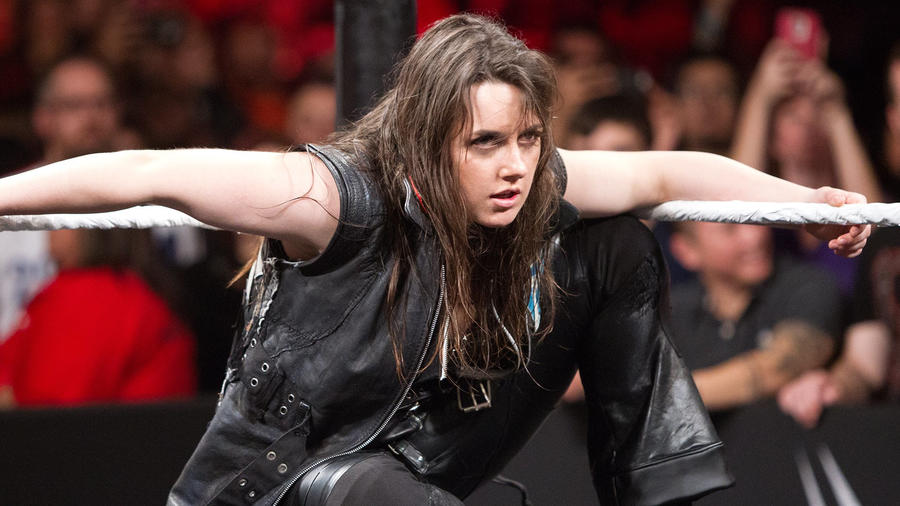 Speaking with Lilian Garcia on Chasing Glory, Nikki Cross recalled being told that she and Alexa Bliss would be winning the WWE Women’s Tag Team Championships. Bliss and Cross beat the IIconics on the August 5th episode of Raw, ending the team’s reign at 120 days. Cross recalled being told by Fit Finlay about the win, as well as what she was feeling when she and Bliss won the match.

Highlights and the full podcast are below:

On when she was told she was winning the Women’s Tag Team Titles: “I think it was was Fit Finlay that told me. And I absolutely adore Fit, like I love Fit, I love picking his brain. And he’s helped me ever since coming up in — coming across [to the main roster] in January. He has helped me so much, and just helped me tweak things, and just made me be a better wrestler. So I was — when Fit told us that was the plan, I was just like — and you cut of just, you [say] ‘O-okay.’ You know, you kind of — you’re like ‘Okay, but you know, things might change.’ So you just keep yourself level, which I’ve always, I believe that in life, you just like, keep yourself level and chill. For us, it was exciting. I was like, ‘All right, let’s do this.’ And then for me, it showed me that they wanted to continue this story with me and Alexa. Because that was something that we really wanted, we wanted to continue. We wanted to continue it because there’s so much there. And we, you know, we have good chemistry and get along really well. So we were like, ‘There’s so much more we can show here.’ So them putting that faith and trust in us, that was a huge, I mean, that’s trust and faith that the company’s putting in you. And that’s trust and faith in you, and your character and your story, and our story and our characters.”

On the actual championship win: “So then it happens, and it doesn’t sink in … The first thing I did, I think John Cone was our referee, and he, I think he gave [the title] to Alexa, and Alexa gave it to me. And I just looked at it, I was, ‘What the…?’ Because I’d dreamed of being a WWE champion. And I was like, ‘Oh my God, I did it.’ But it was weird because one half of you feels very, ‘I did that. I did what I set out to do’ But then you’re like, ‘It’s not — it’s the start. It’s not the end. It’s not the end of the journey’ To me, I want to wrestle for as long as I possibly can, like ten more years, you know. So it was almost like, it was not the end of the journey, but was almost like, ‘I did it,’ but then it’s not because you’re like, ‘The hard [part], if anything, [is still coming]. And I always got told that. I was always trying to, working to get a tryout in NXT. And Robbie [Brookside] would always say, he was like, ‘The hard work starts when you get to the Performance Center. Anything before then, that was just you preparing yourself.’ And then it was, ‘The hard word starts when you’re on NXT television. The hard work starts — ‘ And it was always like, it was never the end. It was always, ‘Okay, this is a new chapter, this is a new chapter. The hard work, now we start.’ And now, it was almost like the same thing with the championships. I was like, ‘Now we start.’ And we both want to have the best tag matches we can and we just want to tell great stories.”