A ripped John Cena is gracing the cover of the September edition of Muscle & Fitness magazine and shares his routine for magazine readers.

“WWE Legend John Cena rebooted: 20lbs leaner and stronger than ever!” reads the headline of the magazine, along with a photo of Cena sporting an eight-pack and looking absolutely jacked!

The magazine features a six-page spread on Cena, including his training tips and a long interview along with photos shot exclusively for this issue.

The September edition also has a two-page interview with WWE Hall of Famer Stone Cold Steve Austin as he talks about his new show Straight Up With Steve Austin on USA Network. 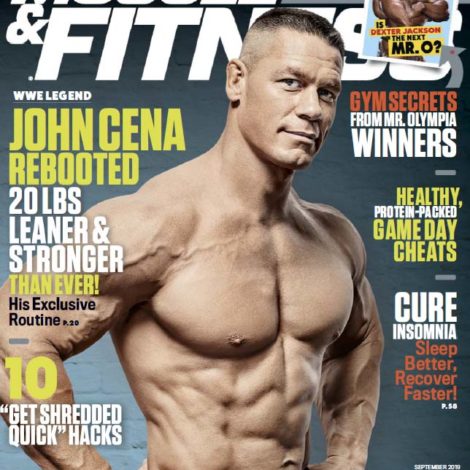