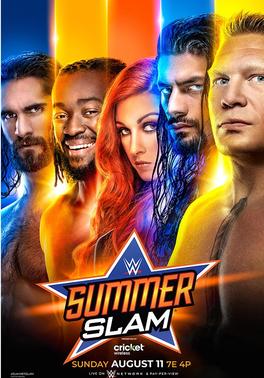 The Wrestling Observer Newsletter reports that while WWE announced that the Summerslam attendance was a sell out crowd of 16,904, the actual number of people in the venue was over 13,500. Either way, it was a legitimate sellout.

Meanwhile, it’s believed that the event had 19,600 PPV buys, which is down from 29,999 last year (34%), even with reported WWE Network streaming issues and WWE Network subscribers being down 8-9% from last year. 72% of the audience didn’t buy last year’s show. This means that most of the fans likely skipped one or the other. Dave Meltzer speculates that it could mean that those who bought it last year simply lost interest in the product, which resulted in some turnaround. There were 14,200 buyers this year who did not buy last year and 24,500 who bought last year that didn’t buy this year (82% of last year’s buyers).

In case you’re wondering about the crossover potential between WWE and AEW, around 436 people who bought Summerslam also bought AEW Double or Nothing.