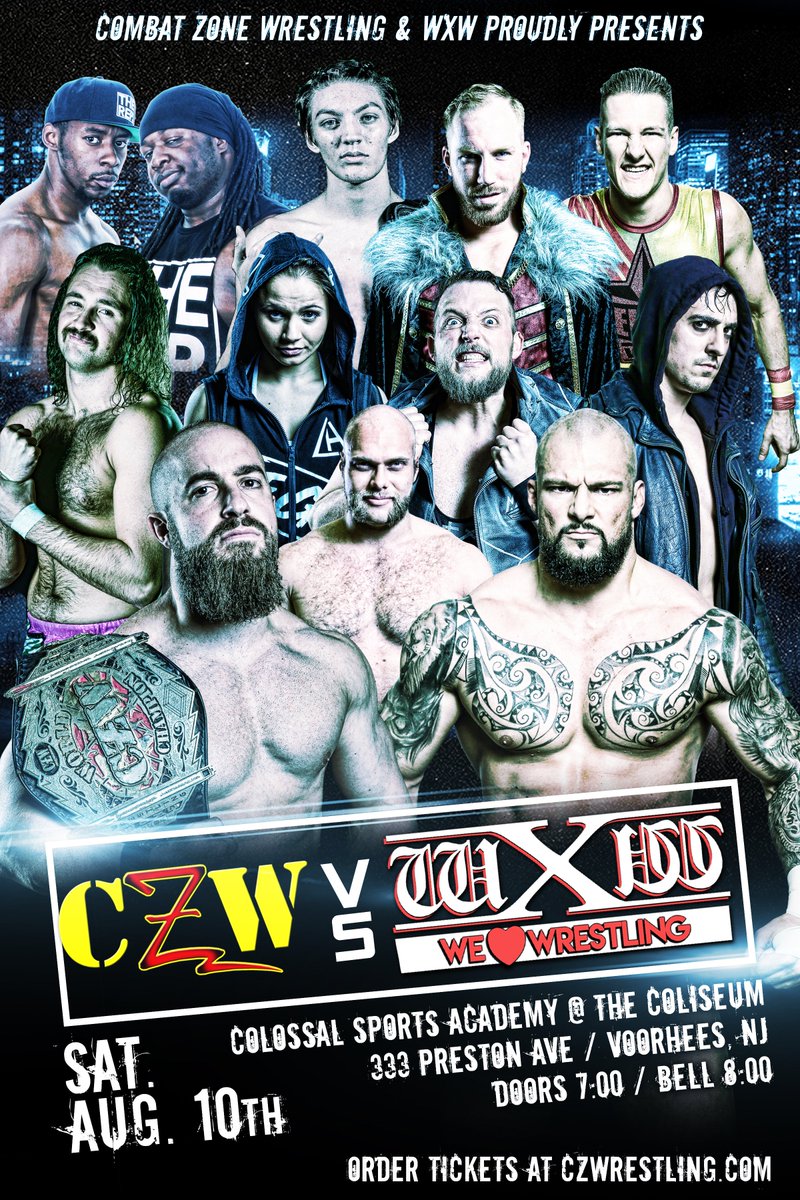 Combat Zone Wrestling returned last night to Colossal Sports Academy at The Coliseum in Voorhees, NJ for CZW vs. WXW.

* Opening the show was Above The Rest (Gabriel Skye/Tristen Thai) defeating Hungary’s Budapest Bastards after a reversal Ace Crusher, followed by a Top Rope Stomp for the pinfall.

* Justin Wylde defeated KC Navarro with The Hungarian Kiss Of Death (a knee strike). Post-match, Navarro went off on interviewer Jem Martel and knocked her out.

* In the WSU showcase match, Suvanna Stone defeated Leyla Hirsch by pinfall after a spear.

* Emil Sitoci vs. Jordan Oliver went to a time limit draw (in CZW?!?) , followed by intermission.

* CZW then returned to the continuing CZW vs. House of Glory storyline, as Anthony Gangone cut another promo calling for Bulldozer Matt Tremont “to join him”.

* In the post-intermission match , Conor “Mister” Claxton defeated Avalanche by pinfall. Post-match, Claxton cut a promo on John Silver And and said “the war between Claxton and Silver is about to get started”.

Combat Zone Wrestling returns to the Colossal Sports Academy at The Coliseum in Voorhees, NJ on September 13 for the annual Chris Cash memorial show, “Down With The Sickness show” with a scheduled 8:00 pm bell time.