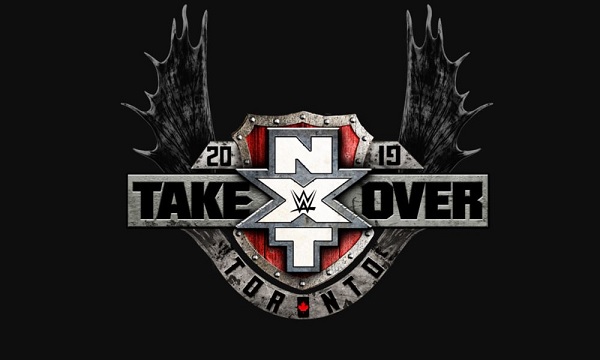 Preshow:
Charly Caruso, Sam Roberts, and Pat McAfee are the preshow panel. They run down the card and Roberts says it’s time to see if The Undisputed Era can take home all the gold, while McAfee says the opposite could happen and they could leave with nothing.

The video hype package for the feud between Shayna Baszler and Mia Yim is shown. Roberts says no one works harder than Baszler and Yim worked hard to get this far, but she’s only getting this far. McAfee says Yim will have a massive night and Baszler will meet her match tonight. Roberts says McAfee is wrong and Baszler is simply better than Yim.

A promo from Adam Cole airs. He says Johnny Gargano is not in his league and he will hold the NXT Championship as long as he pleases. He says at the end of the night, The Undisputed Era will stand on top of the world and will be draped in gold. Roberts says The Era is in the position they are in because they deserve to be there. McAfee says tonight could be a bad night for The Era.

The panel turns the talk to the match between Io Shirai and Candice LeRae. Roberts says Shirai was counting on LeRae to have her back, but LeRae let her down. McAfee says Shirai was ungrateful when she turned her back on LeRae.

The video hype package for the feud between The Velveteen Dream, Pete Dunne, and Roderick Strong airs. Roberts says Strong will be motivated by Adam Cole’s proclamation, but this is The Era’s biggest risk of not leaving with a title. McAfee says Dunne has been a great champion before, but Dream always steps up on the big stage and will leave with the title. Roberts agrees that Dream will retain.

A promo from Johnny Gargano airs. He says the third fall will not be needed, because he is going to hell with Adam Cole and will walk out as the new NXT Champion after two falls. The video hype package for the feud between Cole and Gargano airs.

A promo from William Regal airs. He says if the match goes to a third fall, there will be a definitive end. A video airs of a barbed wire steel cage lined with weapons. Roberts says if Gargano loses, it proves that he is someone who cannot sustain a long reign or the pressure of title matches anymore.

The show opens with “Unsainted” by Slipknot playing while the video hype package for all the matches plays on the screen. Beth Phoenix, Mauro Ranallo, and Nigel McGuinness are on commentary.

The video hype package for the feud between Candice LeRae and Io Shirai airs.

Shayna Baszler is shown warming up for her match backstage.

Matt Riddle interrupts the show and calls out Killian Dain. Dain comes out and they begin brawling. Dain stomps on Riddle’s foot as referees come out to separate them. Dain backs up the ramp, but Riddle goes after him. Dain rakes Riddle’s eyes, but Riddle comes back with knee strikes and beats him down. Security pulls Riddle off, but Dain comes back and lays Riddle out. Dain lays the security out and Riddle gets on Dain’s back and locks in a sleeper hold. Dain backs Riddle into the LED screen and then drives himself, Riddle, and a security guard through a set of tables.

The video hype package for the feud between Roderick Strong, Pete Dunne, and The Velveteen Dream airs.

NXT North American Championship – Triple Threat Match: The Velveteen Dream (c) vs. Pete Dunne vs. Roderick Strong
Strong takes out Dunne and Dream, but they come back to send him to the outside. Dream and Dunne to the floor and Strong sends Dunne into the apron. Dream sends Strong to the corner and then delivers a double ax handle. Dunne gets back on the apron and he and Dream double-team Strong. Dream delivers a dropkick and Dunne stomps on Strong’s arm. Dream slams Strong in the corner and Dunne sends him to the floor. Dunne takes Dream down and goes for a cross arm-breaker, but Dream gets free. Dunne goes for the Bitter End, but Dream escapes. Strong pulls Dream into the ring post and then drops Dunne with a dropkick. Strong slams Dream onto the ring apron, and then slams Dunne onto the barricade and then into Dream. Strong gets Dunne back into the ring and goes for the cover, but Dunne kicks out at two.
Strong delivers another back-breaker to Dunne and goes for the cover, but Dunne kicks out again. Strong applies a submission, but Dunne kicks his way free. Strong comes back with a dropkick and backs Dunne into the ropes. They exchange chops and Strong delivers a back-breaker. Strong goes for the cover, but Dunne kicks out at two. Dream gets back into the ring and takes Strong down. Dream kicks Strong in the face and delivers a clothesline. Dream drops Strong with a Russian leg-sweep and goes for the cover, but Strong kicks out at two. Dream delivers a back-breaker and drops a knee from the ropes. Dream locks in the Sharpshooter, but Dunne comes from the top and dropkicks Dream. Dream drops Dunne with a right hand on the floor, but Strong takes Dream out with a dropkick. Dunne takes out Strong and Dream with a moonsault.
All three men get back into the ring and Dunne delivers a German suplex to Strong onto Dream. Dunne goes for the cover, but Dream kicks out at two. Dunne stomps on both Strong and Dream, but they come back and beat down Dunne. They exchange shots with each other, then Dunne joins the fray. Strong kicks Dream in the head, and then Dunne does the same to Strong. Dunne stomps on Strong and Dream, but Dream takes Dunne down with the Dream Valley Driver. Strong delivers a back-breaker to Dream, and then Dunne drops Strong with the X-Plex. Dream goes up top, but Dunne cuts him off. Dream comes back, but Dunne wrenches his fingers. Strong gets involved and pulls Dunne and Dream back to the mat. Strong sends Dream to the mat, but Dunne locks Strong in a triangle submission. Strong gets free and then goes for the Tiger Bomb, but Dunne blocks it.
Strong goes to the corner, but Dunne holds on and starts wrenching his fingers. Dream delivers a coast-to-coast elbow drop on Dunne to break it up. Strong delivers a knee strike to Dream, and one to Dunne as well. He delivers forearms to both and then slams Dream to the mat. Strong power bombs Dunne onto Dream and then applies a double Strong Hold to both men. They get free and Dunne goes after Strong’s fingers. Dream kicks Strong into Dunne and sets up for a double Dream Valley Driver. Dunne gets free and Strong delivers a knee to Dream. Dunne wrenches both their fingers and drops Strong with the Bitter End. Dream is with the referee and blocks him from making the three count. Dunne kicks Dream around and stomps on his hand. Dunne stomps Dream’s head into the mat, but Strong delivers a few forearms to Dunne.
Dunne comes back with a kick to the face, but Strong rolls through and locks in the Strong Hold again. Dream breaks it up and sends Strong to the floor. Dream drops Dunne with the Dream Valley Driver. Strong sends Dream to the floor and then delivers the End of Heartache to Dunne. Strong goes for the cover, but Dream tosses him off and gets the pin fall on Dunne.
Winner and still NXT North American Champion: The Velveteen Dream

The video hype package for the feud between Shayna Baszler and Mia Yim is shown.

The video hype package for the feud between Adam Cole and Johnny Gargano airs.

Second Fall: Street Fight
Cole rolls out out of the ring, but Gargano throws the chair at him. Gargano delivers a suicide dive and they brawl into the crowd. Gargano drops Cole with a superkick and they head back toward ringside. Gargano delivers a cross-body that sends Cole through the barricade. They get on the announce table and Gargano back body drops Cole through the other one. Gargano tosses Cole back into the ring and then tosses tables in the ring as well. Gargano tosses chairs in the ring, but Cole drops him with a Shining Wizard. Cole delivers a neck-breaker onto a chair and goes for the cover, but Gargano kicks out at two. Cole places a chair in the corner, but Gargano comes back and throws Cole into the chair with the Lawn Dart. Gargano locks in the Gargano Escape and Cole taps out.
Winner of the second fall: Johnny Gargano