Kurt Angle: “It’s going to be a special night” 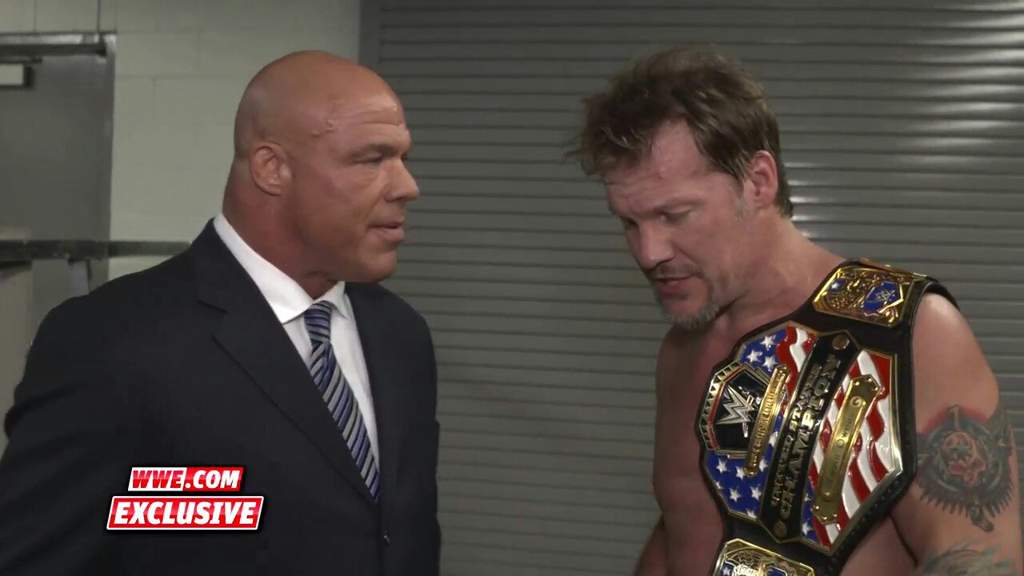 Kurt Angle did another of his semi-regular Facebook Q&As, answering questions about everything from Extreme Rules to his favorite shows. Highlights are below:

On his favorite TV shows: “Game of Thrones. Stranger Things. Supernatural. The Good Place. Schitts Creek. Those are a few my wife and I enjoy watching.”

On his favorite matches with Chris Jericho: “Chris and I worked together quite a bit when I started my career in WWE in 2000. We had some stellar matches & Chris helped me a lot. Honestly, I wish that Chris and I would have wrestled more when I came into my own around 2002 and after. Unfortunately we didn’t wrestle much after 2000. Chris is one of the most consistent superstars in history. He’s one of the best.”

On Raw Reunion: “I’m excited to see the old and new faces together. It’s going to be a special night.”

On if he ever had a ‘9 to 5’ job before wrestling: “Never. I’m not sure I would want to. It’s not that it’s more difficult, traveling 300 days a year can be pretty brutal, so being an athlete or performer has its challenges. I’ve always trained or competed on my own time, especially in Olympic wrestling. I like to structure my own schedule. 9-5 jobs structure your days and weeks for you.”

On Extreme Rules: “I thought it was one of the better PPVs’ in recent memory. All of the matches were great. I give it an A- or B+. I thought Undertaker did an excellent job keeping up with Roman, Shane, and Drew.”

On who he would face in an Iron Man match if he was in his prime this year: “AJ Styles. Daniel Bryan. Seth Rollins. Dolph Ziggler. Finn Balor. Roman Reigns.”