Lacey Evans Discusses Being a Role Model Despite Being a Heel 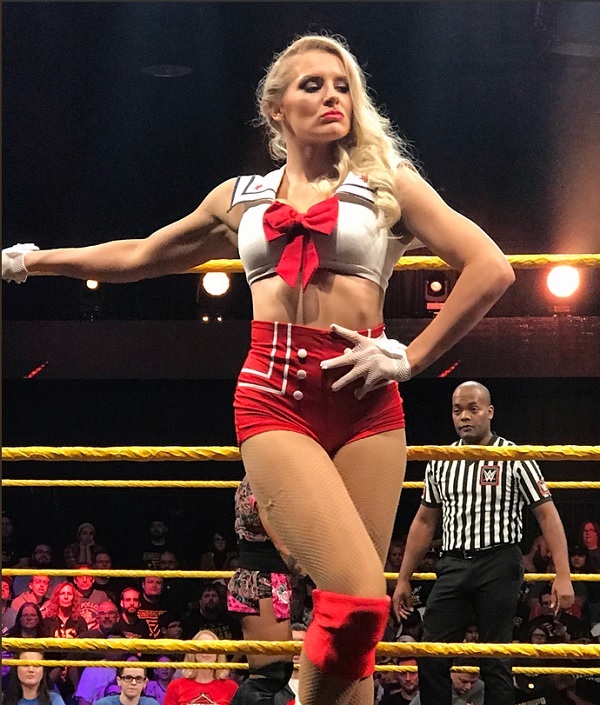 During an interview leading into Extreme Rules, Lacey Evans reflected on how she finds the balance between being a heel and still standing as a role model for young women. Evans spoke with 94.3 The Shark and talked about how her own life has been filled with struggles and that she believes she is a role model despite the fact that she is portraying a heel role on WWE TV. Highlights and the full interview are below:

On walking the balance between being a heel and having an inspirational story: “Absolutely, and that’s a line that I walk very very safely. Because while I do generate boos, while I do have the fans hate me because of the pain that I’m inflicting on the sports entertainer they love, aka Becky Lynch, I also stand for being a role model and showing the world what people that go through certain things in life are capable of. Now unfortunately for me, the shoes that I put on are the bad guy’s, you know. The one going after the ones they love. Well, like a role model does, she takes every opportunity she can, she goes in there, she gets the boos she needs. And she puts pain on the ones that she has to. It’s part of — that’s how I get my paycheck.”

On being a role model and dealing with her own obstacles in life: “But, with that being said, you know, I am a role model, I do believe in what women are capable of. I do believe in working hard and overcoming obstacles in life, because that’s all I’ve ever had to do in my life. And now I have the opportunity to, on such a big platform, to show the world that it does not matter where you come from, that you can accomplish anything. Growing up I had a lot of drug addiction, depression, you know, within my family. I lost my father to that, and coming from stuff like that, I believe it’s even more important to show the world that you don’t have to continue to live that life. You can break the cycle, keep your head up, keep working for what you want and not have to raise your babies like that. So yes, it is pretty hard, you know. Like I said, I’ve got a job to do, and I do it to the best of my ability. And that’s every title, whether that’s as a wife, a mother or a sports entertainer. It’s what I have to do, and I do the best that I can considering the position I’m put in.”