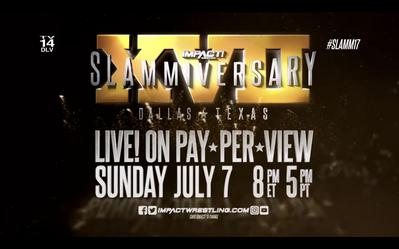 The early buyrate for Impact Slammiversary is available, with details on how much the show’s audience crossed over with other promotions. The WON reports that the show, which took place on Sunday, has an early estimate of 1,500 buys. That’s the same number as last year’s Slammiversary but below the more recent Impact Rebellion (2,000) and Impact Homecoming (3,100). It is also almost the same as ROH’s Best in the World PPV.

The site notes that there are varying levels of crossover with the various other major promotions, with the strongest crossover being with AEW. 30% of those who bought Slammiversary (450) also bought Double or Nothing, while 8.75% (about 131) bought Stomping Grounds on PPV. 7.5% (113) bought ROH Best in the World, and 6.3% (95) bought UFC 235.

Obviously, none of these include those who bought or watched other shows via streaming options like FITE, B/R Live, WWE Network, ROH Honor Club, etc. It does give some idea of how much crossover there is between Impact fans and fans of other promotions though.