List of talent reportedly trying out for NXT UK 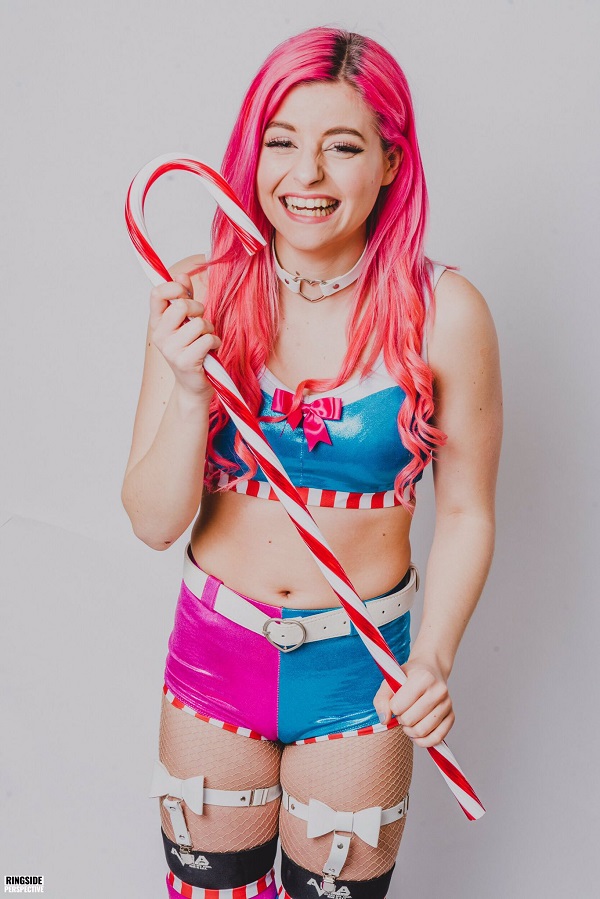 * Rhio – a 22 years old. She has a background in martial arts and has wrestled for Tidal, TNT, MEW, and PCW.
* Shax – Six-year veteran who has wrestled for WrestleGate, Pro Wrestling CHAOS and Southside. She has a burlesque gimmick and is also Does a burlesque gimmick and is the girlfriend of UK wrestler No Fun Dunne.
* Kanji – Graduate from Stixx’s wrestling school in Nottingham, England. She won the Defiant Wrestling women’s title late in 2018.
* Debbie Keitel – Former TV present and regular in OTT out of Ireland.
* Candy Floss (pictured above) – She has previously appeared as an enhancement talent for NXT UK.
* Jayde – She’s a veteran who has worked for HOPE, Southside, Kamikaze Pro, and IWL.
* Jessica Light – She is a trainee from Zack Gibson’s wrestling school.
* Heather – She is a trainee from Marty Jones’ wrestling school.
* Valkyrie (not to be confused with Taya Valkyrie)