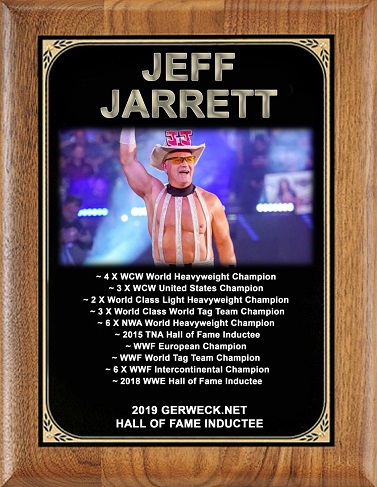 Should Jeff Jarrett be inducted into the GERWECK.NET Hall of Fame? (70% required)

Second time was the charm for Double J. In his first time on the ballot, Jarrett received 54% of the vote in November 2011. Congratulations to the King of the Mountain!