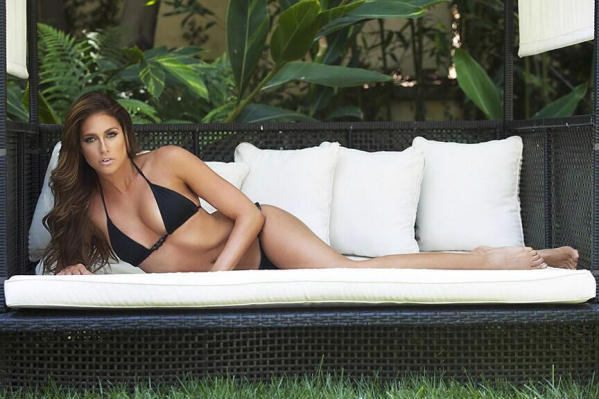 On the night after Hell in a Cell 2011 and going off on Beth Phoenix: “That was the night after I lost the championship. They told me to just go out there and let loose. ‘Whatever you feel when you’re out there, just do it.’ And I did. No one had seen that side of me before. It was so great for the fans to see that side because usually, they see happy-go-lucky, always-smiling, never-mad Kelly Kelly. For them to see this moment, and for me to get to do this was amazing.”

On the Beth Phoenix feud getting dropped: “I think we were just going in a different direction. It had run its course. We have been wrestling against each other for the last six months.”

On her feud with Kharma not playing out: “I actually had no idea. I just remember every week, we would have this segment. She would pick girls apart, and it’s always me left there. And her just giving me the eye and never really did anything. Just kind of messing with me. And I didn’t really know what the point was. Like I didn’t understand. It was like a big secret. Obviously, we didn’t get to do anything with it and she had to leave. It would’ve been really cool to do something with her. Still curious. Sad that I didn’t get to fully play that out.”