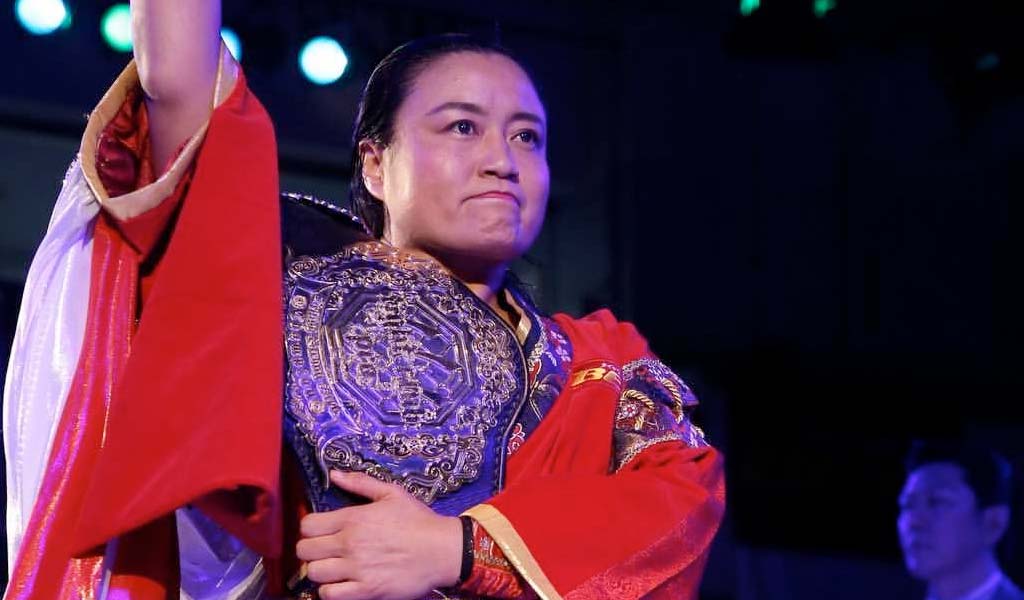 The website Squared Circle Sirens is reporting that Meiko Satomura will be doing a stint as a guest trainer at the WWE Performance Center in Orlando, Florida.

Satomura appeared at the Mae Young Classic tournament last year and defeated Killer Kelly, Mercedes Martinez, and Lacey Lane before losing to the eventual winner Toni Storm in the semi-final.

The 39-year-old Japanese star is considered to be one of the best female wrestlers in professional wrestling and wrestled for Gaea Japan, WCW, Sendai Girls’ Pro Wrestling, World Wonder Ring Stardom, Chikara, and other independent promotions throughout her career so far.

She made her professional wrestling debut at the age of 15 and has nearly 25 years of experience as a wrestler.