The eight women shown on screen as being part of the ladder match are Tamina, Sasha Banks, Natalya, and Naomi from the Raw side and Bayley, Carmella, Ember Moon, and Sonya Deville from the Smackdown brand. The Raw participants will be officially announced tomorrow during the Moment of Bliss segment with Alexa Bliss.

Commercials and local ads are prepared ahead of time and do not necessarily mean that whoever is shown here will be part of the match. Sasha Banks, for example, is on hiatus from WWE following WrestleMania and her status with the company is still unknown.

The women’s MITB ladder match has only taken place twice so far, with Carmella and Alexa Bliss being the previous winners. Both successfully cashed in the briefcase to win the title. 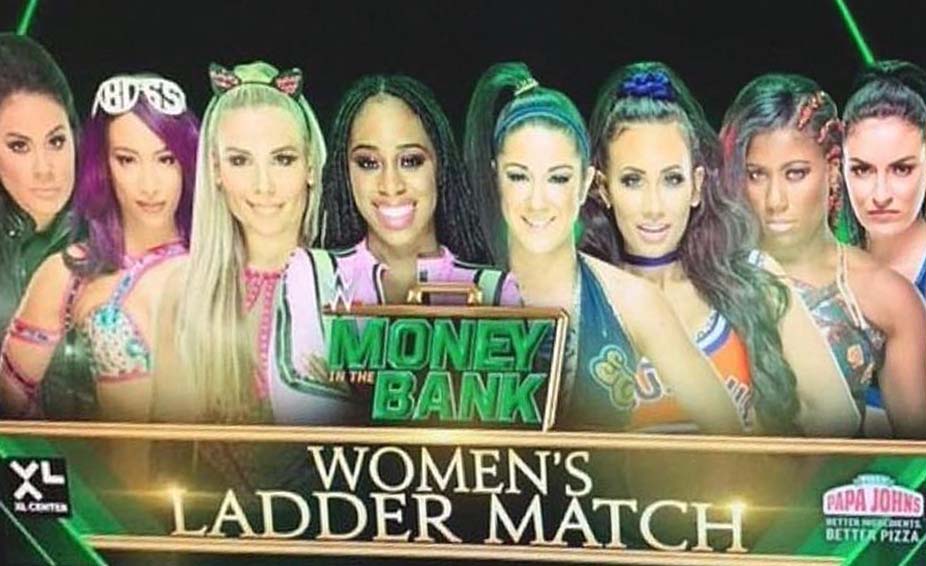