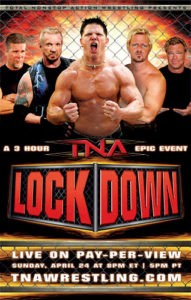 1987 – Ken Patera competes in his first match since being released from prison for the infamous “McDonald’s incident.”  Patera defeats Hercules Hernandez via DQ, at a WWF TV taping in New Haven, CT.

2001 – Johnny Valentine, who won titles in AJPW, WWWF, and various NWA promotions, passes away at 72.

2006 – WWE and Brock Lesnar settle a lawsuit, brought by Lesnar against the company.  Lesnar had signed a no-compete when he left in 2004 to pursue an NFL career and later went to New Japan and MMA, both of which were against the no-compete clause.  Terms of the lawsuit settlement were not made public, although it would open the doors for Lesnar to make his UFC debut and eventually, return to WWE in 2012.

2007 – At a house show in Paris, France, Mickie James defeats Melina and Victoria in a Triple Threat Match, to win the WWE Women’s Championship. James loses the title back to Melina in a singles match later in the night; Melina had been granted a rematch because Mickie had pinned Victoria (who wasn’t the champion) in the Triple Threat Match.

2011 – Jesus Luna Pozos, aka Charly Manson (Charly Malice in Lucha Libre USA) is arrested early in the morning in Zapotitla, Mexico after assaulting two police officers, as they were trying to arrest him for being drunk.  Manson and his friend Adrian Lopez Reyes, who is also a juvenile, were looking for Charly’s car and couldn’t find it.  So they found the officers to help them because they thought that they had been carjacked.  The cops wanted to bring them in for being drunk so a huge argument ensued. Another police officer showed up as backup, and in the excitement of the situation, he shot Reyes in the leg before an ambulance showed up to pick up Reyes and the officers. Charly and Reyes were both taken to jail, then Reyes was sent to a hospital while the officers were sent to another hospital with one of the officers suffering serious head injuries.