ROH Announces Location for Best in the World PPV 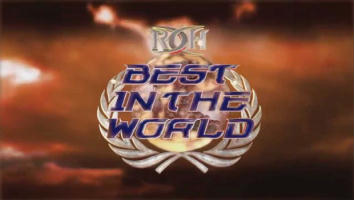 Ring of Honor has announced the details for their next PPV and TV taping. The company announced over the weekend that ROH Best in the World will take place on June 29th in Baltimore, Maryland. Tickets go on sale for the show, as well as the TV taping in Philadelphia the next night, on April 17th at 10 AM ET for HonorClub members. They go on sale to the general public on Friday.

The announcement notes, “Coming off the historic G1 Supercard at Madison Square Garden last week, the action in ROH has never been hotter. There’s a new ROH World Champion in Matt Taven, a new Women of Honor World Champion in Kelly Klein, new ROH World Tag Team Champions in The Guerrillas of Destiny, and new (but familiar) faces on the scene in Angelina Love and Velvet Sky,who have joined forces with Mandy Leon to form The Allure. Who will be holding the championship entering Best in the World weekend? Who will leave Best in the World weekend with the championships? What must-see matches and inevitable surprises will take place?”