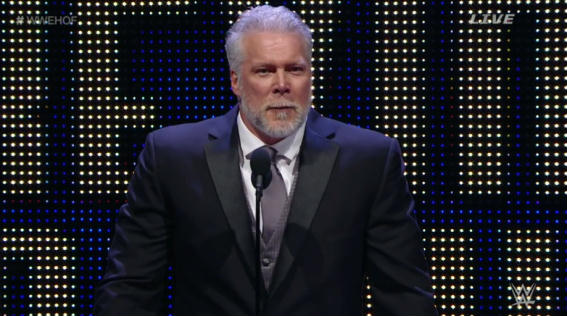 Milwaukee, WI,
March 20, 2019 – The Pro Wrestling Report (PWR) is coming to New York with the BIGGEST
party event of the year for wrestling fans on Saturday Night, April
6th from
11pm to 3am
at McHales Pub and Grill
in Times Square in the center of all the action. This one of a kind event will feature
music, dancing, drinks, food and fun and the chance to meet some of pro wrestling’s biggest stars in a private nightclub environment with prizes, raffles and all around one of a kind fun! The
party starts after the WWE Hall Of Fame and ROH at MSG and will be in the heart of Times Square!

The
event will be hosted by SoCal
Val and will feature
KEVIN NASH as the VIP Host.

All
VIP attendees will get an unlimited OPEN
BAR with their ticket purchase!
Platinum VIP Guests will have the unique opportunity
meet and hang with “Big
Sexy” Kevin Nash AND will have exclusive access to the VIP Lounge with their own table!
GOLD VIP Guests will get an autograph with Nash and the Official Guests (Melina, Snow, Forbes) along with OPEN BAR! General Admission Guests get access to the party and all of the Invited Guests!

Only
a limited number of GOLD VIP Tickets are available at this time. Platinum VIP and General Admission Tickets are SOLD OUT at this time, but more are expected to be released the week of the event.

Shenanigans
has become the signature party event of the year for wrestling fans and has sold out weeks in advance of the event for the last several years. This year is expected to be no different.
Attendees must be 21 years or older.

Tickets
for this exclusive VIP Club Party event are on sale NOW at WWW.FACEBOOK.COM/PWRSHOW
or
bit.ly/shenanigansnyc

About
PWR Shenanigans: The Pro Wrestling Report is a global media company covering professional wrestling with TV and Radio broadcasts emanating from Milwaukee, WI. PWR has brought the Shenanigans Party to the Wrestlemania Host City since 2011 in Atlanta and Kevin
Nash has hosted each year. The Shenanigans party is unique as Guests have the chance to hang out with the stars in a nightclub environment.