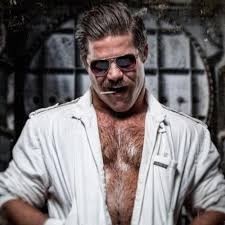 Joey Ryan returns to an IMPACT Wrestling ring on Thursday, April 4, in one of the most-anticipated matches on a show filled with dream matches.

Ryan battles former Knockouts Champion Tessa Blanchard in an intergender match at United We Stand, which will start at 11 p.m. ET at the Rahway Recreation Center (275 East Milton Avenue) in Rahway, New Jersey.

Ryan will discuss United We Stand and the match against Blanchard on Thursday, March 28, when he is the special guest on the IMPACT Wrestling Press Pass Podcast.

The charismatic Ryan, a Los Angeles resident, has been wrestling since 2000. He competed for IMPACT Wrestling in 2012-13, including Bound For Glory 2012, when he defeated longtime wrestler Al Snow in a singles match.

United We Stand is filled with dream matches, anchored around the main event when the IMPACT Tag Team Champions, the Lucha Brothers (Pentagon Jr. and Fenix), battle Rob Van Dam and Sabu.