WWE Not Planning an Evolution Event for 2019 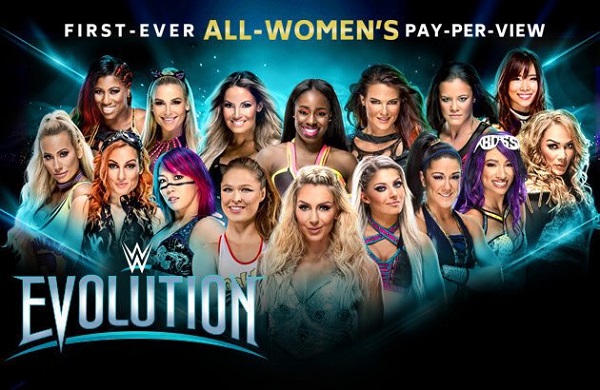 Per the latest edition of The Wrestling Observer Newsletter, there was a note on WWE not yet scheduling an all-women Evolution event for this year. Other websites have talked about this before, and it should be noted that there is still time for WWE to put together an Evolution event for later in the year. As previously reported, WWE did not announce the Evolution event for October 2018 until late July of last year.

The Observer report noted that the timing of the event was to try and make good for women not being allowed to perform at the highly controversial Crown Jewel event last year. Also, the report stated that there was a feeling within WWE after the 2018 Evolution card that WWE had to make an annual event.

The report also appeared to speculate that WWE may not be doing Evolution in 2019 if WWE is able to book the women for the next events in Saudi Arabia, the next of which is likely for May 3.

It will be up to the Saudi government and the Saudi General Sport Authority if the women will be allowed to perform. The Observer noted in its commentary that the Saudi Arabian government owes WWE a favor, despite having paid a lot for those favors already.