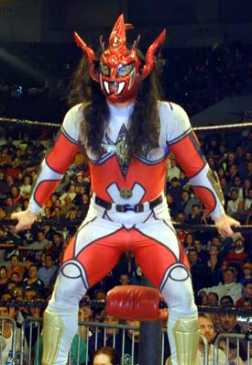 At the NJPW Anniversary Press Conference, Jushin Thunder Liger announced he will be hanging up his boots in January 2020 at the Tokyo Dome.

“Thank you for joining me here. I will retire next year in January at the Tokyo Dome,”said Liger (translation via Chris Charlton). “I did debut in the Tokyo Dome but that had nothing to do with my decision. I said I wanted to retire and the company said ‘ok, the Tokyo dome’. I was like ‘WHAT?’ Only Inoki has done that! (reporter: and Choshu) ah, ok, I’m third. I might not be completely ‘full up’ on wrestling. But that’s the best time to stop. I have done everything I want to do but I’m not sick of it. I’m still mobile, I’m not a complete wreck.”

Liger stated he would like to “show himself to the world” one more time, but wouldn’t call it a retirement tour.