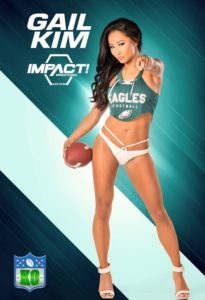 2000 – WCW SuperBrawl 2000 is held in San Francisco in front of 8,569 fans.  Legendary singer-songwriter James Brown made a surprise appearance, performing with Ernest Miller during Miller’s skit with The Maestro.

2006 – On RAW, Shelton Benjamin defeats Ric Flair, to win the WWE Intercontinental Championship.  It is also announced that Eddie Guerrero would be inducted into the WWE Hall of Fame posthumously, during WrestleMania weekend.

2009 – Colt Cabana is released by WWE.  This comes on the same day his final match airs on the evening’s SmackDown, a loss to Umaga (taped three days earlier).