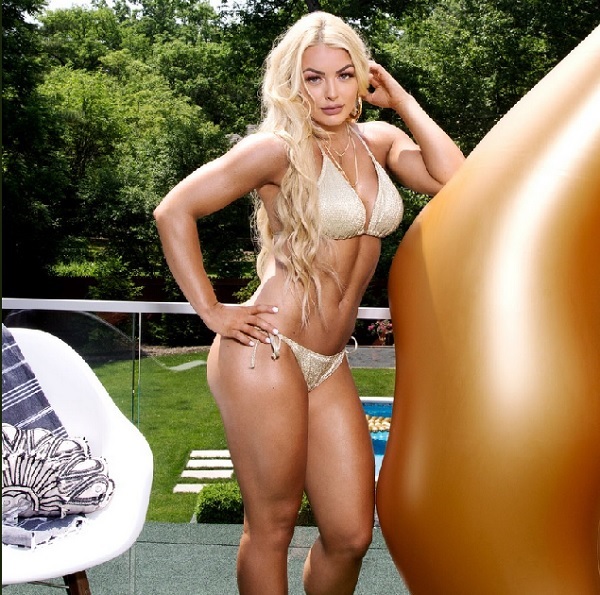 In an interview with the New York Post, Mandy Rose spoke about adding sexuality to her character in WWE and how she doesn’t want to push the envelope too much. Here are highlights:

On bringing sexy back to WWE: “You know my character, I’m obviously that sexy-hot bombshell that nobody else has. And I feel like it works with me and I feel like we’re very careful and I don’t want to push that envelope [too far]. Obviously, we’ve [the women] come a long way. What we do is entertainment and, you know, I’m really enjoying our story. And I think that it gives me a lot of different opportunities and showcases my character. So, it’s been a lot of fun. I kind of like beating up Naomi. So that’s been a lot of fun, too.”

On Corey Graves praising her on commentary: “He says a lot of valid, true points that I’m sure a lot of guys are saying when they see me on TV. It’s only normal. I’m not really fazed by it. I think it’s great that he’s always complimented me and talking about how good I look. … He knows what he’s doing, so I’m flattered just like, you know, any other woman would be when a man talks like that about a woman.”

On intergender wrestling: “I think it’s a great time for it. Women are breaking down those barriers and they’re becoming, you know, they’re main-eventing and it’s just been an amazing time for women in general in sports. I feel like, yeah, why not do inter-gender matches? It brings entertainment. It brings a lot of different viewers and demographics and all that, so why not do it?”