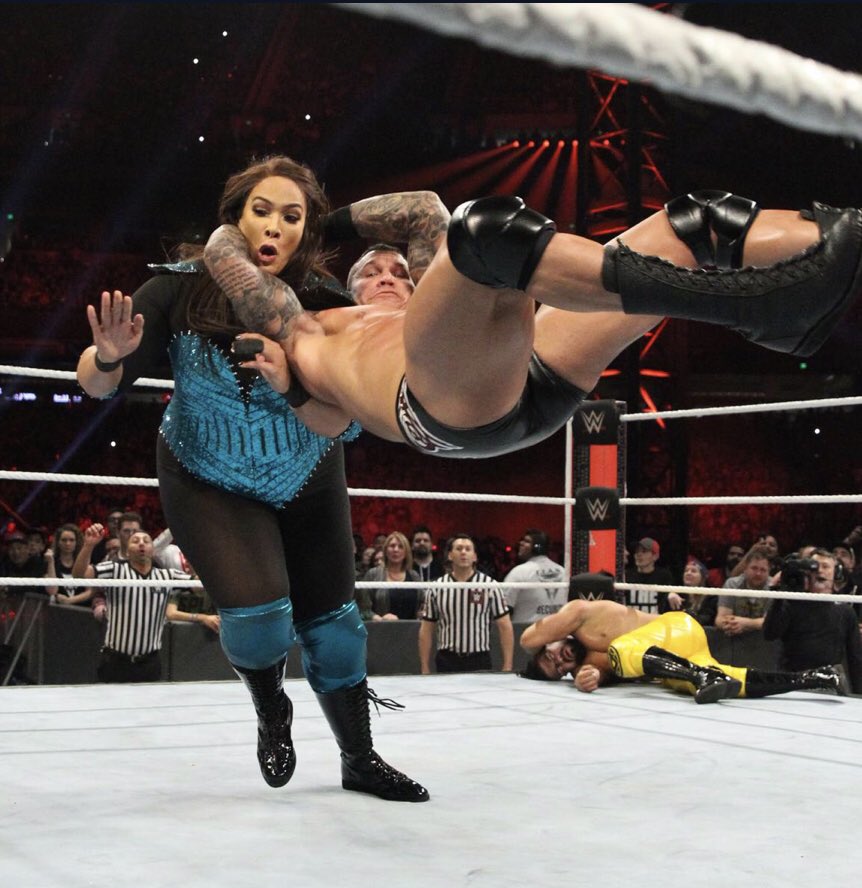 Nia Jax became the fourth women in WWE history to enter the men’s Royal Rumble match following in the footsteps of Chyna, Beth Phoenix, and Kharma.

Jax attacked R-Truth, who came in at #30, while he was rapping in the middle of the aisle and then took his place in the match. Jax immediately went to work and eliminated Mustafa Ali and attacked Randy Orton and Rey Mysterio as well. But things eventually turned around and she received a super kick from Dolph Ziggler, a 619 from Mysterio, and an RKO from Randy Orton.

Orton and Mysterio then threw her over the top rope but she hung on until Rey Mysterio followed with a baseball slide to push her off the ring apron.