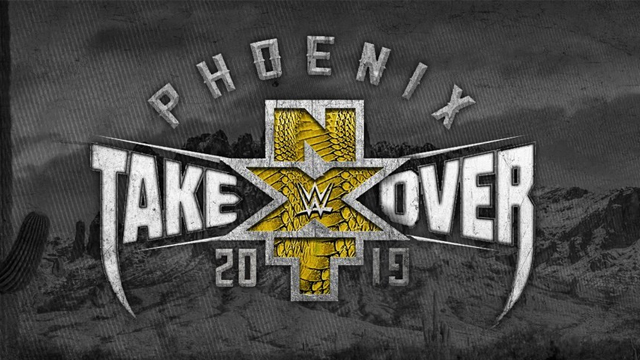 Preshow
Charly Caruso, Sam Roberts, and Pat McAfee welcome us to the preshow. The run down the weekend festivities and then throw it to Sarah Schreiber, who says she will announce all of the winners for the 2018 NXT Awards throughout the preshow. We then see the video hype package for the feud between Ricochet and Johnny Gargano. Roberts says Gargano always puts on the match of the night at TakeOver events, but always loses. McAfee says he could see that being different tonight and would enjoy seeing Gargano as the NXT North American Champion.

We see the rundown for the nominees for the 2018 NXT Breakout Star of the year, and then Schreiber tells us that Ricochet is the winner. Ricochet accepts the award and says he had an incredible 2018 and his favorite moment was winning the NXT North American Championship. He says he will beat Gargano tonight and prove to everyone why there is one and only one NXT North American Champion.

Back from the break, we see that Gargano vs. Andrade “Cien” Almas from TakeOver: Philadelphia won the 2018 NXT Match of the Year Award. Gargano is backstage accepting the award. He says “Gargano” and “Match of the Year” go hand in hand since he has won it twice. Zelina Vega interrupts and accepts the award for Almas. She says Gargano didn’t even win the match and asks him what he has done since. She says they have moved to Smackdown and are taking over the world, while Gargano is still coming up short. Gargano saus she is right, he didn’t win, but he is going to have another Match of the Year tonight and it will end the right way.

Roberts says Vega was 100% right and says Gargano won’t get it done, but McAfee disagrees and says he cannot wait to see the title around Gargano’s waist. We then see the video hype package for the feud between Kassius Ohno and Matt Riddle. Roberts says it seems like Ohno has been used as a welcome mat for NXT and he may take it out on Riddle tonight, but McAfee says Riddle will be ready to go and was right when he told Ohno to be better, not bitter.

Back from the break, we see the nominees for the 2018 NXT Male Competitor of the Year. Tommaso Ciampa is announced as the winner, but he doesn’t accept the award. He hands it back to Schreiber and just holds his NXT Championship as he walks away. We then see the nominees for the 2018 NXT Female Competitor of the Year. Kairi Sane is the winner. She thanks the fans and says she loves NXT, the NXT Universe, and wrestling.

Back to the panel and they run down the card for the show and then Bobby Fish interrupts them with the 2018 NXT Tag Team of the Year Award. McAfee mocks him and Fish acts like he doesn’t know who McAfee is. Fish says the plan tonight is for them to be the Undisputed ERA and to prove again that TakeOver is their stage. McAfee tries to talk, but Fish rings the bell on his award to interrupt him. Fish says they do not need extra motivation because they run the show.

Back from the break, we see the video hype package for the feud between Shayna Baszler and Bianca Belair. McAfee says we are in for something special tonight and jumps on Belair’s bandwagon. Roberts says the women’s match tonight is not TakeOver worthy and Belair is not on the level as some of the elite women in NXT history. He says Baszler does not have to worry about a challenger who can hit her with her ponytail. Roberts says Belair is not ready and Baszler will end her undefeated streak.

We see the nominees for the 2018 NXT Overall Competitor of the Year Award, and the winner is Kairi Sane. Sane says she can’t believe it and she is honored to be here and starts crying as she walks away.

We take a look at the video hype package for the feud between Tommaso Ciampa and Aleister Black. McAfee says this is a road to redemption for Black, while Roberts says Ciampa has done what it takes to retain the title every time he has defended it. McAfee says he thinks Black will get it done tonight.

We see the opening video for TakeOver and then Mauro Ranallo, Nigel McGuinness, and Percy Watson welcome us to the show.

We see Pete Dunne and Toni Storm in the crowd, and then see Ricochet warming up backstage. We then see the video hype package for the feud between Kassius Ohno and Matt Riddle.

We see Tommaso Ciampa warming up for his match, and then see The Velveteen Dream arriving to the arena. We then see the video hype package for the feud between Ricochet and Johnny Gargano.

We see the video hype package for the feud between Shayna Baszler and Bianca Belair.

We see the video hype package for the feud between Tommaso Ciampa and Aleister Black.

As Ciampa stands on the entrance ramp, Gargano comes out. Ciampa stares at him and then Gargano raises the NXT North American Championship in the air. Ciampa does the same with the NXT Championship and they both smirk at the crowd as the show comes to a close.