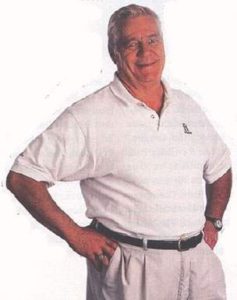 1992 – The 5th annual WWF Royal Rumble is held in Albany, New York in front of 17,000 fans.  It was the first time that the WWF Champion would be decided in the 30-man Royal Rumble match.  The title was vacant at the time, having been stripped from Hulk Hogan on December 7th, 1991 by WWF President Jack Tunney.

1997 – The WWF’s 10th annual Royal Rumble is held at The Alamodome in San Antonio, with 60,477 in attendance.  The event receives 280,000 pay-per-view buys. As the WWF was working with the AAA promotion at the time, several AAA wrestlers participated in the 30-man Royal Rumble match and other matches on the card.

2009 – On Monday Night RAW in his hometown of Chicago, CM Punk defeats William Regal in a No Disqualification Match, to win the WWE Intercontinental Championship.  Later in the show, Mr. McMahon demands an apology from Randy Orton in the middle of the ring. Orton had insulted Stephanie McMahon, claiming he was worth more than her, and called her ‘worthless.’ Vince threatens to fire Orton if he refuses to apologize. Orton refuses, and just as Vince is about to say, “You’re fired!,” Orton knocks Vince down to the mat, kicks him in the face, and then punts him in the head.

2015 – WWE’s RAW Reunion is held in Dallas in front of 12,000 fans, with an average of 4.1 million viewers on USA Network.  Past WCW/WWE superstars that appeared on the show included: Hulk Hogan, Ric Flair, Shawn Michaels, The New Age Outlaws (Road Dogg & Billy Gunn), The nWo (Kevin Nash, Scott Hall, & X-Pac), and The APA (Ron Simmons & John “Bradshaw” Layfield, who had been wearing an APA shirt under his suit, while doing commentary).
Sting makes his first ever appearance on Monday Night RAW.  He first appears on the giant video screen, then coming out to the stage during the main event of John Cena vs. The Authority (Seth Rollins, Kane, & Big Show), in a 3-on-1 Handicap Match.  Cena would win the match, which allows for the rehiring of Ryback, Dolph Ziggler, and Erick Rowan. Had Cena lost, he would have lost his title shot at the Royal Rumble (facing Brock Lesnar for the WWE World Heavyweight Championship).