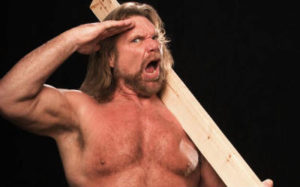 2002 – Despite losing a non-title match to Yoji Anjo & Genichiro Tenryu, AJPW All Asia Tag Team Champions Arashi & Koki Kitahara still have to relinquish their titles.  The titles would be vacant until the Grand Champion Carnival event in April.

2013 – On the Monday Night RAW 20th Anniversary Special, Mick Foley is announced as the first inductee for the WWE Hall of Fame Class of 2013.  As for in-ring action Kaitlyn defeats Eve Torres, to become the new Divas Champion. Immediately after the loss, Eve opts to quit WWE.  Also Jim Ross returned as RAW‘s lead announcer for the main event (John Cena defeating Dolph Ziggler in a Steel Cage Match).  The night ends with The Rock performing a concert in the middle of the ring, which turns into a brawl between he and WWE Champion CM Punk, to end the show.