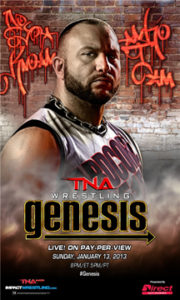 1990 – Chris Chavis, wrestling as ‘Tatanka,’ makes his pro wrestling debut in a match against Joe Thunderstorm, at Larry Sharpe’s wrestling school, “The Monster Factory,” in Philadelphia.

1993 – WCW Clash of the Champions XXII is held in Milwaukee in front of 4,000 fans; it receives a 2.9 TV rating.  This is the final Clash event for announcer Jim Ross; shortly after this event JR left WCW to work in the WWF.

2000 – This evening’s WWF SmackDown, features the return of Cactus Jack, one of Mick Foley’s three personas. Cactus Jack had not been on television in almost two years.

2006 – On SmackDown Randy Orton, (subbing for an injured Booker T), defeats Chris Benoit in the seventh and final match, in Booker’s Best-of-Seven United States Championship Series with Benoit for the vacant United States Championship.  Booker defeated Benoit in the first three matches. Orton took over after Booker suffered an injury, but lost the next three matches vs Benoit, setting up the seventh and decisive match. Despite Orton getting the victory, and wrestling in place of Booker T for more than half the best-of-seven, Booker is awarded the U.S. Title.

Also on the show, Kurt Angle wins a 20-man Over the Top Rope Battle Royal, to win the vacant World Heavyweight Championship.  The title had been vacated by Batista earlier in the night, after he had a triceps injury, in a match against Mark Henry at a house show a few days earlier.  As the new champion, Angle moves from the RAW roster to the SmackDown roster.

2007 – At Pro Wrestling Guerrilla’s Based on a True Story event, The Human Tornado defeats Joey Ryan, in a Guerrilla Warfare Match, to become the new PWG World Champion.

2014 – It’s announced on this evening’s Monday Night RAW, that The Ultimate Warrior would be the first inductee in the WWE Hall of Fame Class of 2014.

2017 – In a Three-Way Match at SHINE 98, LuFisto defeats Mercedes Martinez and Allysin Kay, to win the SHINE Championship.