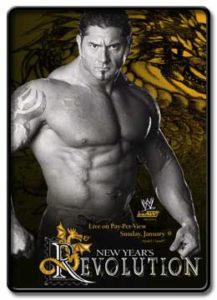 1984 – In Fort Worth, Texas, Super Destroyer I defeats Brian Adias, to win the WCCW Television Championship.

1999 – After completing her training under various wrestlers, Lita makes her pro wrestling debut in Empresa Mexicana de la Lucha Libre (EMLL).  After her return to the United States, Lita competed in Maryland Championship Wrestling (MCW) and NWA Mid-Atlantic, before signing with ECW.

2009 – On the same day as the layoffs mentioned above, WWE leaks online that Stone Cold Steve Austin would be inducted into the WWE Hall of Fame. WWE would quickly pull this info off their website and announce it officially, via press release, on January 13th.

2012 – It is announced on this evening’s RAW, that Edge and The Four Horsemen would be inducted into the WWE Hall of Fame; The Four Horsmen being Ric Flair (his second time being inducted), along with Barry Windham, Arn Anderson, and Tully Blanchard.

2017 – In a 2-on-1 Handicap Match on RAW, Chris Jericho (with Kevin Owens) defeats Roman Reigns, to win the WWE United States Championship for the first time in his career.