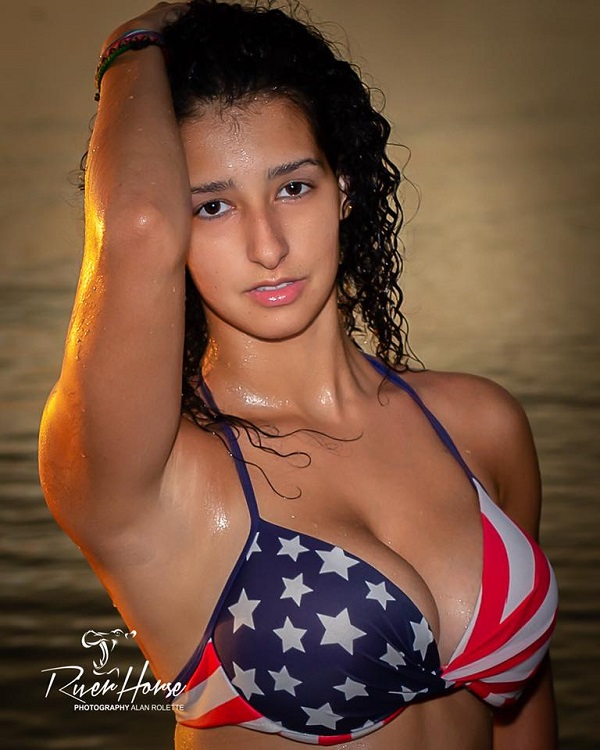 Go Wrestle Women’s Champion Sofi Ramirez Castillo is making an impact not only on the Independent Wrestling Scene, but the entire world. During an exclusive interview with the Duke Loves Rasslin Podcast Sofi covers everything from Body Image, the importance of advocacy for the Deaf Community, achieving her childhood dream of becoming a Pro Wrestler and so much more (18:22 Mark):

Being The Go Wrestle Women’s Champion (19:01)
Go Wrestle is a promotion out of Daytona Florida and I became their champion about six months ago. Natalia Markova, an amazing wrestler from Russia, has been a real tough opponent for me in Go Wrestle. She’s very VERY rough but I’ve enjoyed our matches.

Lessons Learned From Being a Dancer and Applying them to Pro Wrestling(19:45)
I began dancing back in Costa Rica when I was seven. Dancing taught me so much discipline which you also need in the Wrestling Business. There are so many highs and lows in dancing; peer pressure and rules that you must abide by regarding how you should look and what you should do. The rough skin that I developed from dancing has helped me a lot in Wrestling, more so than balance or footwork.

Body Image (21:04)
When I first started dancing I was very driven to have a very thin body frame. I didn’t know it then but that isn’t what I really like. I prefer a woman’s body to be more curvier and as long as you know how to distribute your weight in dancing and wrestling, it doesn’t matter how much you weigh. I don’t like stigmas like female wrestlers have to be thin but also muscular, I don’t like that.
I like being who I am, I like my own body and I don’t expect anyone to try to change that for me. It took a while for me to be proud of my body but I am.

Dealing With Obnoxious Internet Trolls (22:31)
Ever since I started wrestling I’ve gotten comments that I’m too thin, or should lose weight, or should gain more muscle or should wear more make up. Here’s what people don’t realize; the people saying this stuff aren’t the ones putting their bodies on the line for entertainment. They don’t have the passion for wrestling like we do so much so we’re willing to do these dangerous moves to entertain others. It’s real easy for people to judge when they aren’t the ones doing the certain thing, but you can’t let it get to you. If you start living your life based on what other people think you should be doing you aren’t going to end up doing what you love. Just continue living your life and being who you are.

Sign Language and Cultural Equivalence for the Deaf Community(27:47)
I’m in the process of getting a Degree in Sign Language and actually had the opportunity to interpret the National Anthem for an Orlando Magic basketball game. It’s so important because a lot of people who aren’t involved in the Deaf Community forget Deaf People exist and they still do the things hearing people do. There is such a need to have someone interprets that communication between one and the other; aka Cultural Equivalence. My job is for the Hearing Person and the Deaf Person to have access to the same information. There is a huge need for shows to be closed captioned and to have interpreters available. People never really thinks of what a Deaf Person goes through. I personally can’t tell you what they go through because I’m not Deaf, but being part of the Community I’ve had experiences have shown me how hard it can be living a world that is predominantly hearing.

The Culture Shock of Moving From Costa Rica to the United States (32:44)
I’m still culture shocked. I made the move with my Mom 4 years ago and we left everything behind. We came here for me to have a better education and because I wanted to be a Professional Wrestler. We packed our bags and moved to this country and I was very shocked because I went from growing up in a Third World Country with so much poverty to moving to a Country where when I graduated High School they gave everyone a Laptop. I was very confused.

Childhood Dream of Being a Pro Wrestler(36:54)
In Costa Rica we had 1 hour of RAW and 1 hour of Smackdown. No ROH, New Japan, or Independent Wrestling. I began watching when I was 10 but since it was 1 hour we’d only get the main events and the highlights of the show. Women weren’t part of the show at all unless it was pillow fights or mud fights. They weren’t being taken very serious at all. Even at a young age I thought this was very sexist. Here I was at 10 and I told my Mom I want to be a Wrestler but not like the girls, more like the guys. She told me “Yea right Sofi; you’re insane and this is a phase. It will pass.” At 11 and 12 I kept bringing it up and she kept saying “It’s a phase, it will pass.” Finally at 13 she was like “Wow you keep bringing this up. You’re really serious about this.” In Costa Rica there was nowhere to train at the time and even when I told all my friends and family they told me I was insane. If you believe in something hard enough and you work at it I believe you can achieve it. When we eventually moved here to the United States I took a breath and finally realized what was happening. The crazy process of moving here and getting your citizenship and finding a house and finding a wrestling school. You don’t realize what you’re doing until you finally settle down.

Sofi tells more great stories about her Parents finally supporting her dream of becoming a Pro Wrestler, her thoughts on the pressure people born outside of the United States face when they move here and info on matches she has coming up. Hear the latest edition of the Duke Loves Rasslin Podcast on Soundcloud, Itunes, Youtube and other leading Podcast Apps! #Listen: