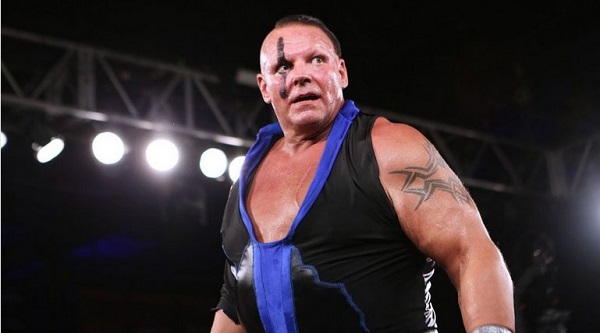 – In 1993, he met Jacques Rougeau in Puerto Rico, who brought him to the World Wrestling Federation as his tag team partner. As one half of The Quebecers, Ouellet adopted the name Pierre and dressed like Mounties.
– The Quebecers held the WWF Tag Team Championship on three occasions.
– In 1996, Ouellet reunited with Jacques Rougeau and moved to WCW, where the duo was known as The Amazing French Canadians.
– Along with Jacques, Ouellet was rehired by the WWF in 1998 yet again, but rarely utilized.
– Ouellet began working for Extreme Championship Wrestling in mid-2000, squashing jobbers for several weeks before losing to Justin Credible in a match for Credible’s ECW World Heavyweight Championship.
– In November 2003, Ouellet debuted in TNA as X, a masked wrestler who competed primarily in the X Division as he had a feud with Christopher Daniels and Sonjay Dutt.
– Ouellet defeated Kevin Nash on May 30, 2009 at the International Wrestling Syndicate’s 10th Anniversary show by making him submit via an armbar.
– Ouellet announced his retirement from professional wrestling on Tuesday February 8, 2011 during an interview with the largest radio station in Quebec, CKAC.
– On April 2, 2018, Ouellet defeated Walter at Game Changer Wrestling’s (GCW) Joey Janela’s Spring Break 2 in New Orleans, LA.
– On December 1, 2018, Ouellet announced his exclusive signing with Ring of Honor.
– In January 2022, PCO signed with Impact Wrestling.