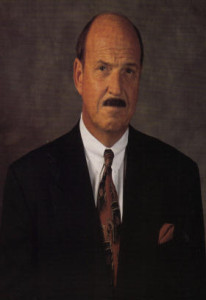 1894 – ‘The Golden Greek’ Jim Londos is born in Koutsopodi, Argos, Greece.  Londos was inducted into the WWE Hall of Fame posthumously, in 2018.

2008 – The Associated Press reports that Michael Benoit, father of the late Chris Benoit, had reached a verbal agreement over the estate of his son. Michael Benoit stated that the estate would pretty much” be evenly split between his son’s two children from a previous marriage ( a 15-year-old boy and a 10-year-old girl), and the family of Chris Benoit’s slain wife, Nancy.

2019 – WWE Hall of Famer ‘Mean Gene’ Okerlund passes away at the age of 76.  Okerlund was a ring announcer in the old AWA from 1970-1984, before moving on to the WWF as their top interviewer.  After his WWF contract expired in 1993, Okerlund moved on to be an interviewer and reporter for WCW, and stayed until shortly before WCW’s demise in 2001.  Okerlund returned to the WWF at WrestleMania X-Seven as a participant in the ‘Gimmick Battle Royal.’  From 2001-2018 Okerlund hosted several WWF/E shows, including ‘Madison Square Garden Classics,’ ‘WWE Confidential,’ and narrated WWE Network’s ‘WWE Story Time.’  He was inducted into the WWE Hall of Fame in 2006 by Hulk Hogan.  Okerlund would induct ring announcer Howard Finkel into the Hall of Fame in 2009.  Okerlund’s final appearance on WWE TV occurred on January 22, 2018 during the Monday Night RAW 25th Anniversary Show, when he interviewed AJ Styles.

There are no confirmed birthdays today.