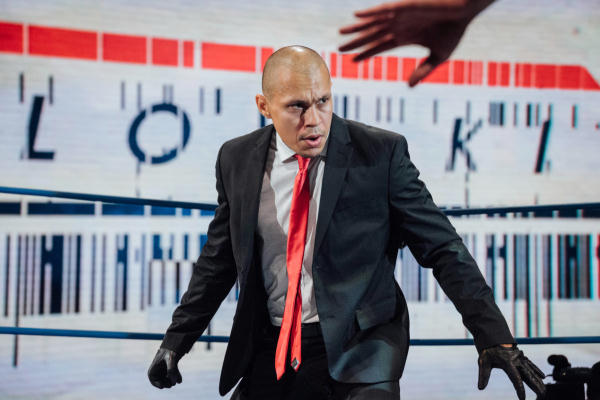 Why he won’t watch WWE: “WWE I have no interest in and it’s just because it’s very difficult to sit through it. I’m a fan of skill, I’m a fan of stuff that’s intriguing, I’m a fan of stuff that’s cleverly done and there’s thought behind it. A lot of the times it’s like a conveyor belt of the same stuff and that’s difficult to do because there are so many people who are wanting to enjoy this, but it takes them away if it becomes a repetitive pattern and they can recognize that and it takes away their ability to have fun. Again, I’m not knocking them because I don’t watch their product and I don’t know enough to comment on them but from the feedback that I get from other people, what we’re doing at MLW is much more interesting than others because it seems like we’re offering something the others aren’t. The way that I see it is traditional values. It’s very traditional values, but we’re not insulting the intelligence of our people.”

Does it bother him that he never held the TNA World Championship?: “No, it doesn’t bother me because I’ve seen the quality of the champions that they’ve had. My time was coming last year and when the issue with Del Rio came up and they dissolved my opportunity to me that showed me that they had no invested interest in me to begin with. So not to have that World Championship is not anything off of my back, my career is way greater than one belt.”

The compliment that Eddie Guerrero paid him after their matches together: “I was the first match with Eddie Guerrero when he got released from WWE. The match that I had with him, I understood psychologically I needed him in the proper mind frame but psychically he needed to enjoy himself again. So that match that I had was directed at him to let him know hey, this is pro wrestling not that bulls**t you just came from. So when I went out and had that match with him, it impressed him so much that he spoke about me in his first book. And when he did that, I had a chance to wrestle with him a second time, I think it was at Atlantic Championship Wrestling. He was there with Hector Guerrero and when we were in the locker room he goes ‘I like you because I can wrestle you like Dean and Chris.’”

His advice for up and coming wrestlers: “Learn how to compete. Most of them don’t know how to because they get in the ring thinking ‘Oh this is what I see on Monday nights’. Ok, well then what happens when you run into somebody who has a competitive background?”