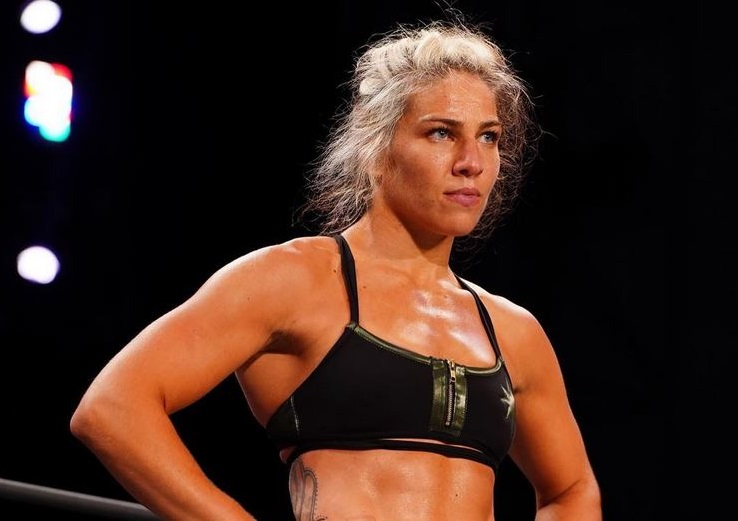 – After fighting in two other professional matches during the months of April and August of 2014, Shafir signed with Invicta Fighting Championships.
– In December 2015, Shafir got engaged to Roderick Strong. On April 24, 2017, Shafir gave birth to their first child, Troy Veniamin Lindsey. The two were married on November 7, 2018.
– On May 7, 2018 WWE announced that Shafir and Jessamyn Duke had signed with WWE and reported to their Performance Center for training. They would soon form a stable alongside Shayna Baszler
– Shafir made her in-ring debut on August 25, 2018, teaming with Baszler and Duke to defeat Deonna Purrazzo, Kairi Sane & Io Shirai at an NXT live event
– Shafir made her televised in-ring debut on December 19, teaming with Duke in a loss to Shirai & Dakota Kai
– On June 25, 2021, Shafir was released by WWE
– Shafir debuted for AEW at a Dark taping in December 2021
– On March 19, 2022, Shafir defeated Daruis Carter to win the BCW Heavyweight Title
– At Bloodsport 8, Shafir defeated Zeda Zhang
– Shafir made her full televised debut for AEW on the April 13, 2022 episode of Dynamite, defeating Skye Blue