Priscilla Kelly Talks about the Undertaker’s Influence on Her 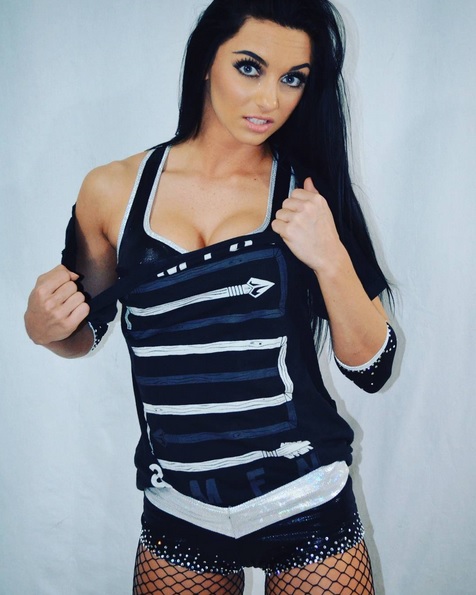 Chair Shots to the Cranium recently interviewed Mae Young Classic 2018 competitor Priscilla Kelly. Below are some highlights (transcript via WrestlingInc.com).

Kelly on getting a spot in the Mae Young Classic: “I honestly think just working hard and getting my name out there. Getting more and more eyes on me, not only in America, but overseas in Japan, I think it helped me a lot with the Mae Young Classic. I think it’s all about just showing them you’re will to push yourself and be dedicated”

Kelly on facing Deonna Purrazzo in the tournament and possibly signing with WWE in the future: “I got really great feedback. I was just excited to show my talent on that kind of platform. I’ve worked with Deonna before and known her before. It was a comfortable opponent for me to be able to just go in with someone I feel like was a friend. Just go out there and do our best and kill it on this grand stage. As far as coming back [to WWE], you never know what the future holds in wrestling. You can go so many different ways.”

Priscilla Kelly on wrestling in Japan: “Japan is a whole different ballgame in wrestling. It’s a lot different of there. Over here the crowds are in it all the whole time, just loud, rowdy, and saying stuff. In Japan, everyone likes to quietly take everything in. You do something impressive and you’ll get a loud applause. Then they will be taking in the next thing. I actually like it over there better sometimes because it seems like the fans are actually paying attention to every little detail of the match and they appreciate it much more than the fans over here sometimes do.”

Priscilla Kelly on the inspirations for her dark and mysterious promos: “My promo style is who I am in general. A lot of people ask; do you study this wrestler or that wrestler. The Undertaker did inspire a lot early on. A lot of my inspiration comes from things I saw growing up; a lot of movies, music, artists, and just everything growing up. I was one of those kids who was 6 years old watching Rob Zombie films. That’s just what I liked and what I was into. I just try to make everything I do as cinematic as possible; just express everything I love about the characters I loved growing up and putting that into my work.”