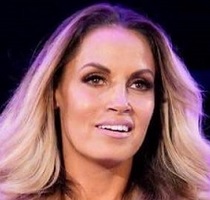 Via Miguel Uceda of Solowrestling.com

I send you an audio from the most recent call conference of WWE with Trish Stratus. I had the chance to ask her the following questions:

1. In WWE Armageddon 2003 you joined Lita to face Chris Jericho and Christian in an Intergender Tag Team match. After 15 years, the inter-gender matches are not made anymore by the WWE, but they became popular again in the independent promotions. Would you like to see this kind of matches again in the WWE?

2. We talked to Lita a few weeks ago, and she told us that would love the idea of joining forces with you in case that the WWE Women’s Tag Team Championships are finally introduced. Would you see it possible from your side?

3. After WWE Evolution, what’s next for Trish Stratus and the WWE?