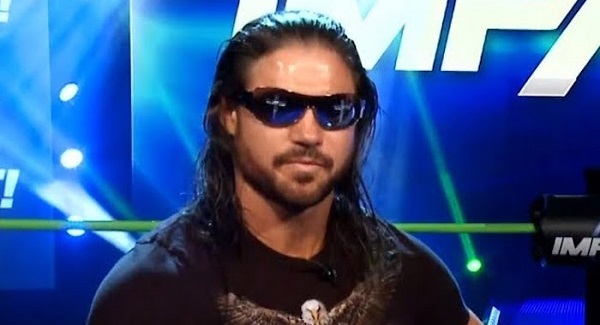 In an interview with Women’s Wrestling Weekly (via Wrestling Inc), Johnny Impact and Taya Valkyrie spoke about their Impact Wrestling careers and Johnny revealed which name he wanted to use in wrestling. Here are highlights:

Impact on what name he wanted to use: If I had to pick one name, it would Johnny Blaze. Johnny Blaze is the first name I wanted to be at the very beginning of my wrestling career. I was Johnny Blaze for one episode of RAW before we got a cease and desist from Method Man and also from Marvel.”

Impact on their Lucha Underground wedding: “If any one person had the most input on the wedding it was Taya. She was the main person in both weddings. The bride gets what the bride wants. They thought she was joking when she said green. They were like, ‘what color do you really want the dress?’”

Valkyrie on planning the wedding: “I had totally two different weddings. When the writers came to me with the idea, they really wanted my opinion. ‘What do you, Taya in the Lucha Underground world and Johnny have as a wedding?’ And I was like, ‘I just can’t be in a white dress, I can’t just be all pretty and all this kind of stuff and I was like…. I really see it as my Big Fat Gypsy Wedding.’ I went online and found all these photos from these bridal parties from that reality show and sent them to our producers and writers and they were like, ‘what is this?’ I was like, ‘I swear please trust me.’ They completely trust me on the vision of lime green.”