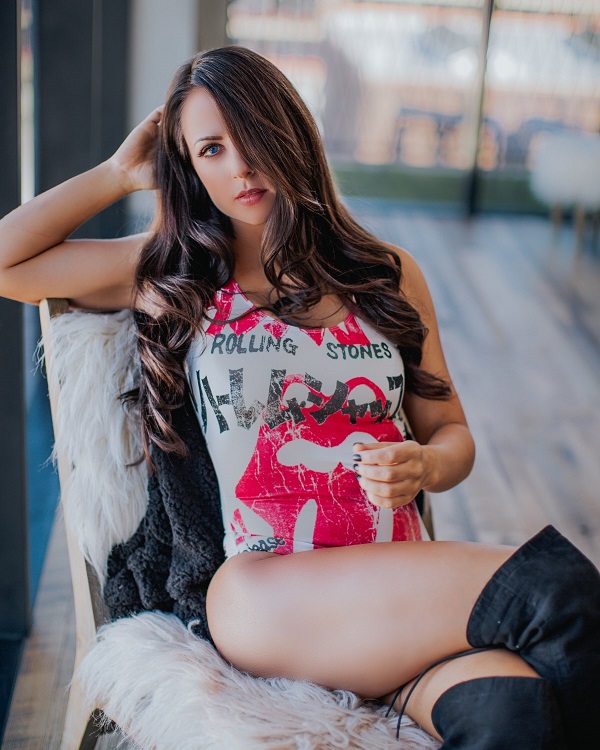 According to Pwinsider.com, Tenille Dashwood announced during tonight’s Ring of Honor TV taping that she has been wrestling with an injured shoulder the last six months and will be undergoing surgery shortly to repair the damage. The site notes that this is not an injury angle.

In an interview with ComicBook.com, Tenille Dashwood spoke about her ongoing battle with the skin condition psoriasis, which she recently revealed. Here are highlights:

On why she chose to open up about it on social media: “I’m still trying to deal with it now, unfortunately. It’s not an easy fix,” Dashwood said. “But I guess I had like a realization a couple months ago when this all kind of starting coming on again and knowing that I’ve been through it before, and all that I’ve been through in my career. I felt very fortunate to be able to do all I’ve done, and to kind of be where I am today, and I just thought, ‘Maybe this has happened for a reason?’ I just thought maybe I have an opportunity now to use where I am as a platform to share it with the world. To kind of say, ‘You know what, sure I’ve done all of these crazy things that I never thought were possible, but I did these even with struggling through hard times that people probably didn’t know about.’ And I just kind of wanted to let people in on that and letting people in oftentimes helps prevent people from judging or from making harsh comments and instead makes them aware of what people struggle with and what people go through.”

On spreading positivity: “I know that people go through a lot worse than I am, so it’s just kind of a way to say, ‘Hey, I’m human and there’s more people out there going through these really hard times’. You know, that’s life and we all go through it, and life isn’t basically as amazing as what you might see on social media, unfortunately. You just got to be positive and work through it and find a way and I was just hoping to share that message with everyone and to kind of encourage myself, motivate myself to keep trying to battle this and to help other people as well.”

On how fans have responded: “Every time I’m having an appearance now, or a signing, or I’m at a show, I have these fans coming up to me just telling me how they read that and sharing their stories with me. So I think it’s just really touching that I feel like it did something. That’s what my aim was, to make sure people saw it and realized that I’m human too and to be able to share that together and talk about things I think is really special.”