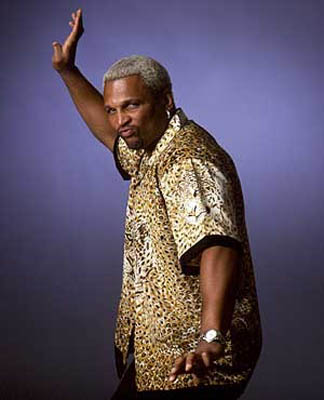 Chair Shots to the Cranium recently interviewed WCW and WWE Superstar Ernest Miller, who discussed going to WWE after WCW folded, working with Great Muta and more. Below are some highlights (transcript via WrestlingInc.com).

Ernest Miller on signing with WWE: “[John Laurinaitis] reached out to me. I thought I was out of the business. WCW was over and I was getting ready to go back into Martial Arts, but I got a call from Johnny Ace who said, ‘Listen, Ernest, I believe in you and I believe in your character.’”

Ernest Miller on his James Brown segment in WCW: “I wanted James Brown to come and do something with me, but I didn’t how to get in touch with him. So I kept doing his routine, then one day in the audience this guy said he was a representative of James Brown and James Brown said he liked watching me.”

Ernest Miller on working with the Great Muta: “He [Great Muta] scared the hell out of me man! The way he’d looked at you, the way he moves, that guy’s got to be one of the greatest entertainers in the ring today man! So the guys once played a rib on me. They said, ‘Cat, that stuff he [Great Muta] spits in your eyes, keep your eyes closed. Cause if not, it burns like hell.’ Then they said, ‘When it gets in your face, skin, and hair, it sticks in your hair and you gotta cut it out.’”