Allie on WWE’s Evolution PPV, her relationship with Gail Kim 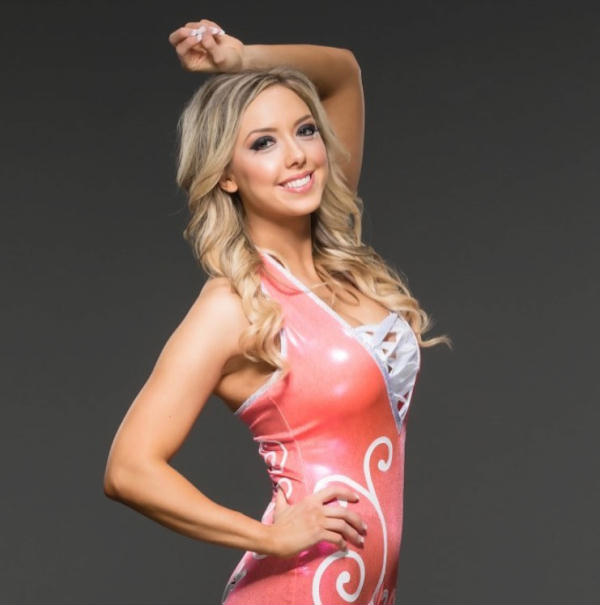 Impact’s Allie recently spoke with WPW Weekly, talking about the WWE Evolution PPV, gives an update on Rosemary, her relationship with Gail Kim, and much more…

I don’t show or share too much personal information when it comes to me and my relationships. Me and my husband work together on Impact Wrestling and we work the indies together. So people kind of know us from there. But when it comes to our personal life; I sort of try to keep that separate because some things are sacred and it’s so important to keep your privacy, especially in this day in age where everything is so accessible. So I try to keep that a little separate and I don’t show him to often, just once in a while.

On Her Passion for Mental Health Issues:

On Her Relationship with Rosemary and Gives Us An Update on Her Injury:

She is good. She is coming along. In a short amount of time, she has really healed up quite well and hopefully, she will be back at it soon.

On What Has Changed in the Wrestling Scene Since She Started:

The attitude toward women’s wrestling has changed quite a bit since I’ve started. It feels now that there is… kind of this place craved out for us and we are being showcased a lot more and I think it is generally a lot more respected. When I came in, I looked up to Trish, Jazz, Molly, Lita and Ivory and that generation. Then there was a transition from wrestling to more of the modelling aspect to it. I don’t want to knock it. I think there is a place for everyone in wrestling. But I know specifically in my head, I wanted to be taken seriously as a wrestler.

On WWE’s Women’s Pay Per View:

I think it’s really amazing and exciting that WWE is doing the pay-per-view. Because I think that it shines a light on these athletes that so deserve it. WWE is a huge company and there are eyes on it all the time so if they doing something so big and bold like having an all women’s pay-per-view; people are going to pay attention to that. So it helps all of us overall.

On Her Relationship with Gail Kim:

I looked up to her (Gail) so much. To step in the ring with her at TNA and to have a match with her at Bound For Glory… it blows my mind that this has all happened in such a short amount of time. She offers advice all the time. She is one of the most giving and patient, encouraging people I’ve ever worked with male or female. She really wants us to work hard and represent the division well. I feel blessed and lucky to be able to work with her.

On Channeling Rosemary for Her Match With Su Yung:

It was a meeting of the minds coming together and having this idea. And they approached me about it and said we are thinking of doing this. I sat with Rosemary for a long time and we talked about it. And it certainly helped me to present that so well because I know her so well and I worked with her for a very long time.

I found that the classes have helped a lot with backstage segments and promos and pre-tapes and things like that.

I really want to get my hands on Su Yung and avenge Rosemary. That is my number one goal right now… getting back in the ring with Su for sure. Su and then we will get to Tessa.

I would love it. I mean how awesome would it be if there was an actual team demon bunny? I think if the fans demanded it and we had enough of us to create the division…. It happened before so why not again?