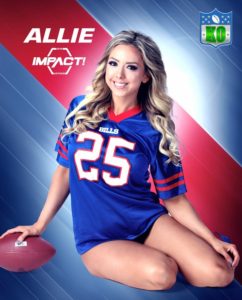 1995 – Lex Luger makes his final appearance in the WWF;  it’s at a house show in New Brunswick, Canada.  Luger’s contract with WWF had expired and he would return to WCW the very next night, on the very first episode of Monday Nitro.

1999 – On ECW on TNN, The Dudley Boyz (Buh Buh Ray & D-Von) defeat Spike Dudley & Balls Mahoney, to win the ECW World Tag Team Championship.  Later, the Dudleyz lose the titles to Tommy Dreamer & Raven.  These matches were taped toward the end of August;  The Dudley Boyz had made their WWF debut on SmackDown the night before.

2018 – For the first time since August 3, 2015, The Bella Twins (Nikki & Brie) compete as a tag team on Monday Night RAW.  The Bellas would defeat The Riott Squad (Liv Morgan & Sarah Logan).