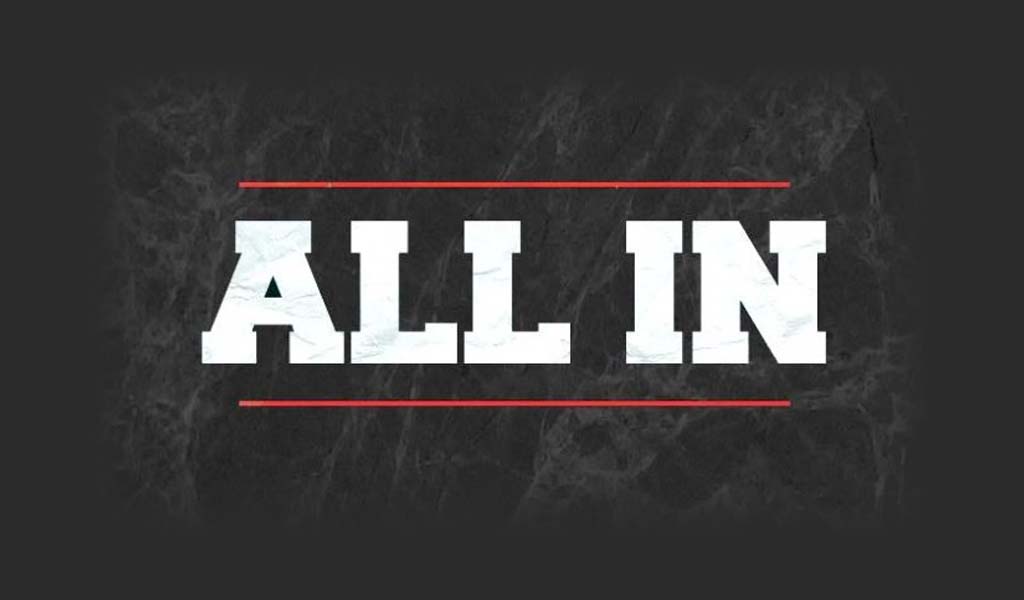 History will be made tonight as All In becomes the first independent show in the United States to sell-out a 10,000+ arena for a pay-per-view event. The show, taking place from the Sears Center in Hoffman Estates, Illinois, will be airing on pay-per-view.

The full card is as follows:

Nick Aldis vs Cody Rhodes for the NWA World Heavyweight title; Kazuchika Okada vs Marty Scurll; Joey Janela vs Hangman Page in a Chicago street fight; Rey Mysterio, Fenix, and Bandido vs The Golden Elite in a six-man tag team match; Christopher Daniels vs Stephen Amell; Madison Rayne vs Britt Baker vs Chelsea Green vs Tessa Blanchard in a fatal four-way match; Kenny Omega vs Pentagon Jr; and Jay Lethal vs the winner of the Over Budget battle royal for the ROH World title.

A one-hour pre-show titled Zero Hour will air on WGN America at 7PM EST. Two matches will be held which include The Briscoe Brothers vs SoCal Uncensored; and the Over Budget 15-person battle royal.

All In is financed by Cody Rhodes and The Young Bucks.