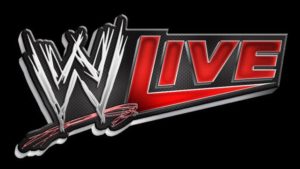 NOTE:  In the original article about Ed Cohen’s death, I mistakenly reported that Ed Cohen not only worked in WWE, but was also a sportscaster in New York.  These are two separate individuals.  I regret the error and apologize to both of the Cohens, and their respective families.

WWE Live Events Executive Ed Cohen has passed away.  The cause of death is unknown at this time;  it is reported that Cohen had actually passed away on Saturday August 25th.

Cohen was responsible for securing WWE house shows and also worked very closely with the CEO of WWE, Vince McMahon.  Cohen had been working for WWF/E since the 1980s, having been hired by Titan Sports in 1982.  Cohen  set up routing for the WWF’s live events and handled negotiations with the venues.  He secured many of the venues which held WrestleMania, in the late 1980s and early 1990s, including the 93,000-seat Silverdome outside Detroit for WrestleMania III.

WWE.com posted a brief statement regarding the death of Ed Cohen.

“WWE is saddened to learn of the passing of beloved former WWE Live Events executive Ed Cohen.  Cohen was instrumental in helping to transform WWE’s Live Event touring business into the global phenomenon it is today.

The company would like to express its sincerest condolences to Mr. Cohen’s family and friends.  He will be greatly missed.”