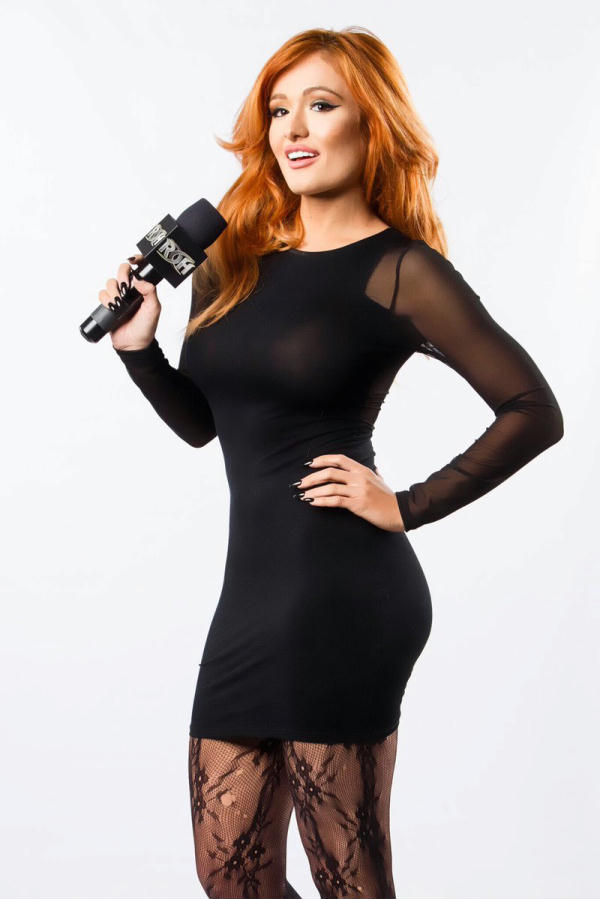 The temperature at the Rebel Entertainment Complex in Toronto rose up with the debut of Scarlett Bordeaux during last night’s Impact Wrestling.

The blond bombshell was introduced to Impact fans during an interview segment held in the middle of the aisle as Bordeaux “sexed up” the TV screens.

“I’ve had to strap myself to this chair because I will be up that ramp in two seconds. My god,” said Don Callis while on commentary.

“We are in a such historic time for women, not just in wrestling, but in culture…we are in the middle of a revolution,” said Scarlett, who added she’s here to make wrestling sexy again.

“I will not be hot shamed,” Bordeaux told interviewer Alicia Atout. “Shut up, a 10 is talking,” she continued! “Get off the stage and sit in the audience where you belong!”

Before she departed, Bordeaux licked the microphone and danced, rather sexy, for the camera. “I’m gonna need that microphone,” said Callis!

You can see her debut below.